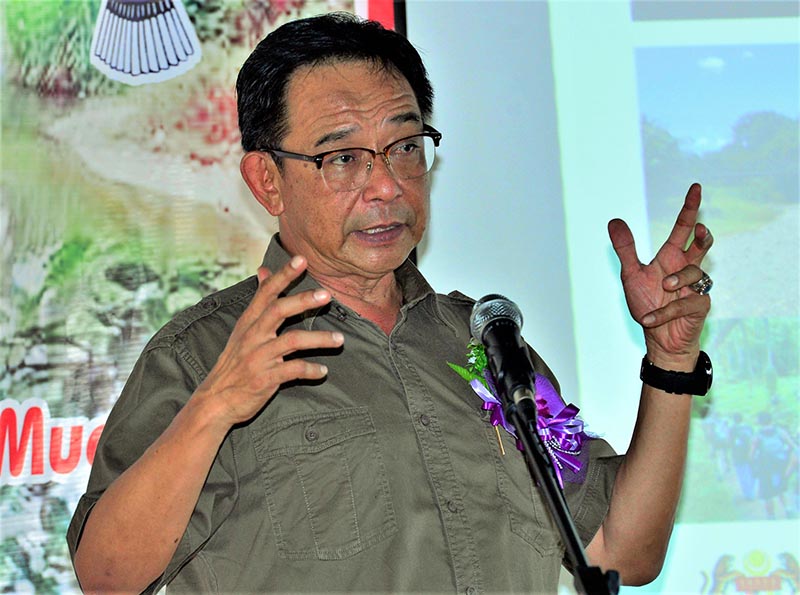 SERIAN: Villagers here have been told to be on guard against provocative individuals come election time.

Tourism, Arts and Culture Minister Datuk Abdul Karim Rahman Hamzah said there were bound to be various made-up stories disseminated by irresponsible parties in trying to incite the people against their respective elected representatives.

“They will come over to your kampung (village), asking what has not been done by the YB (assemblyman) and what you are unhappy of.

“They will not ask you about the good things that the YB has done for all of you.

“And these people would then disappear after the election. Then we would have to look after our unity after that,” he said, adding that this was the reason why the people must be careful during election time as he did not wish to see Sarawakians being divided.

Abdul Karim said this during a visit to Kampung Terbat Mawang tagang project, here on Sunday.

He added that the state should be looked after by its own people, the way the people wanted it to be.

“We do not want to refer everything to Kuala Lumpur. That is not the way. Our state has been managed our way, way before Malaysia was formed,” he said.

On that note, he urged the people to not let Malaya-based parties come in and rule the state.

“Our state legislature is the oldest one in the Federation of Malaysia, much older than the Malaysian Parliament.

“Our Customary Laws has always been respected. Our customs and traditions, (the title of) Temenggong, Pemanca, Penghulu, have been in existence way back before we formed Malaysia.

“Then during the 22 months of Pakatan Harapan (PH) reign, they wanted to change our customary system. They tried to implement the Village Community Management Council (MPKK) on top of the Village Development and Security Committee (JKKK). Can you imagine how chaotic it would be if there are two chiefs in a kampung?”

He said this showed that the Malaya-based party was insensitive to Sarawakians as well as being disrespectful to Sarawak’s customs and traditions.