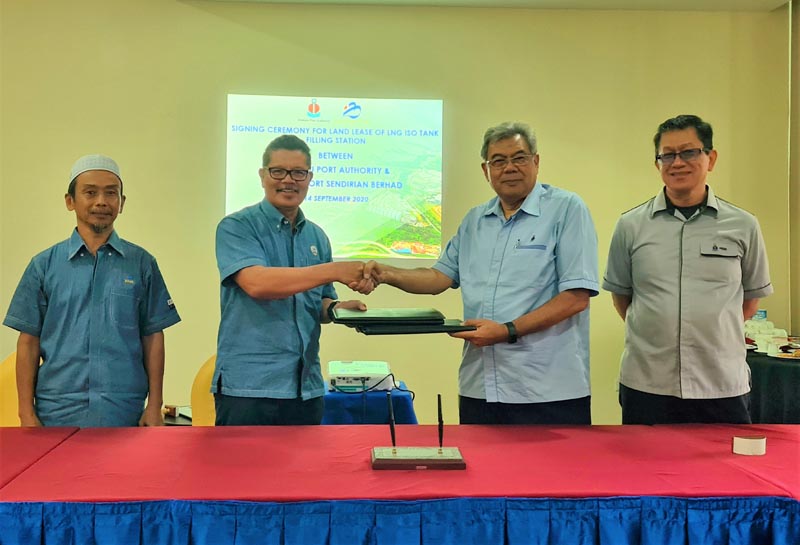 BINTULU: Bintulu Port is now ready to be the first port in Malaysia to establish itself as a liquid natural gas (LNG) ISO tank export hub by December this year.

This happens with the commencement of the LNG ISO tank filling facility operations in Bintulu and the signing ceremony between Bintulu Port Authority (BPA) and Bintulu Port Sdn Bhd (BPSB).

The land lease signing ceremony, held at Samalaju Resort Hotel on Tuesday (Sep 14), was attended by management teams from both parties.

Mohammad emphasised the port’s vision to   be not only a “world class port operator” but also to be the LNG ISO tank hub for Asia or Asean region.

Zulkurnain echoed the same sentiment and reiterated BPA’s full support to BPSB to ensure the first LNG ISO tank could be delivered on time.

The concept of exporting LNG through ISO tanks link both LNG plants and end-users on virtual pipelines with minimal investment by utilising existing facilities such as container terminals which are easily available globally compared to conventional LNG receiving terminals.

The presence of the port’s container terminal with reliable services and the port’s 37 years’ experiences in handling LNG, Bintulu Port has the capabilities to become the LNG ISO Tank Hub for Asia/Asean region.

With ever growing demand for LNG as an alternative source of energy and the absence of such hub in the world, Bintulu Port is exercising its first mover advantage and taking the leap now to realise the vision of becoming the LNG ISO tank hub in Asia/Asean region.