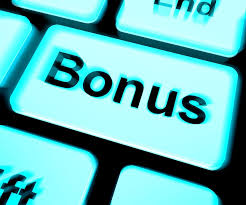 KUCHING:  Some 16,000 state civil servant will be smiling all the way to the bank today.

It’s their pay day and they will also be receiving two months’ bonus or a minimum of RM2,000.

Chief Minister Datuk Patinggi Abang Johari Tun Openg announced the quantum of the bonus, the biggest so far, when winding up the debate on the state budget in the Sarawak Legislative Assembly last month.

State Secretary Datuk Amar Jaul Samion confirmed last week that the aid would be paid out today, the same day as their payday.

Jaul said the aid would benefit all civil servants, including those in support management category.

Abang Johari said the bonus was in appreciation of the support and contribution of the civil service in implementing state policies and delivering development projects and providing public service to the people.

He commended the civil service for an excellent performance over the past few years in ensuring projects were being carried out professionally and according to schedule.

The excellent service was evident when the state civil service was acknowledged as among the best, if not the best in Malaysia, he added.

Meanwhile, the special payment of RM500 for federal civil servants, as announced by the federal Finance Minister Lim Guang Eng, would also be paid out today.

It will benefit 1.5 million civil servants ranked Grade 56 and below and will cost the government RM1bln.

A special payment of RM250 will also be paid out to one million pensioners, including veterans and non-pensionable government retirees.

The special payment was announced during the tabling of 2020 Budget  on Oct 11.