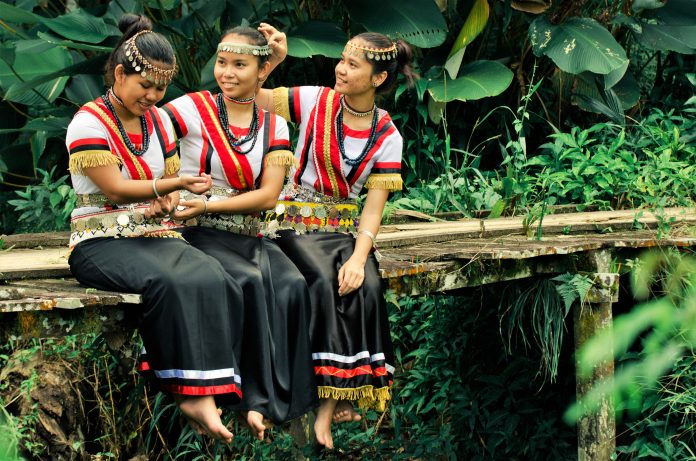 Bidayuh, is the second largest ethnic group in Sarawak after the Iban. In Bidayuh language, ‘Bi’ stands for ‘people’ while ‘Dayuh’ stands for ‘land’. The meaning of Bidayuh is ‘Land People’ or ‘Land Dayak’. The term Land Dayak was used in the past to distinguish between the Bidayuh and Iban, who were known as ‘Sea Dayak’.

The Selako way of life

Bidayuh have four main tribes namely Selako, Biatah, Bukar, and Jagoi-Singai, and all of these tribes settled down in the southern of part of Sarawak. Selako communities are mainly found in the Sematan district, while Biatah communities can be found in Padawan. The Bukar tribe lives predominantly in Serian, and the Jagoi-Singai communities settled mostly around Bau.

According to the elders, the Selako tribe originated from Kalimantan, Indonesia where their ancestors moved from their land in 1875 and began to build a settlement at Kampung Pueh in Sematan. This village became known as the earliest settlement of the Selako tribe.

Originally, the ancestors of the tribe migrated from Kalimatan to Kampung Pueh to find new paddy-planting grounds, and another factor that led to their migration was the threat from the Borneo headhunters. For the sake of their safety, the tribe decided to make a permanent move to Kampung Pueh.

New Sarawak Tribune’s photographer, Alif Noni, during his visit in Kampung Pueh managed to capture everyday-life activities of the Selako community in the village. Most of the Selako tribesmen practise agriculture: planting paddy, black pepper, and others, as well as rearing livestock as their source of income while a handful of others dabbled in handicraft. Besides observing and taking snaps of the tribes’ activities, he also had the chance to see and experience the culture that is still being preserved and practised by the elders, such as their traditional costume and dance.

No shortage of time

Thrusted to the front lines

Queen Of The World International Malaysia 2020

Towards a healthy lifestyle