KUCHING: The enhanced movement control order (EMCO) at Kampung Serpan Laut in Asajaya has been lifted.

Sarawak Disaster Management Committee (SDMC) in a statement on Monday (Apr 12) said that the decision was made as no new positive cases were detected in the second screening.

“The committee has decided to end the EMCO at Kampung Serpan Laut, Asajaya seeing as the second screening did not have any new Covid-19 positive cases.

“Moreover, there is no evidence which show that the infection is still spreading in the area,” SDMC said.

The committee also extended its gratitude to the agencies and villagers on their cooperation which contributed to the success of the EMCO.

On the status of districts, the committee said that Sri Aman district has returned to an orange zone.

“Sri Aman district has returned to orange from red after 40 local cases were recorded in past 14 days. This increases the number of orange zones to five.

“The number of red zones has decreased to 14, while yellow zones remain at 16. There also only five green zones in state,” said SDMC.

“There were 10 cases recorded in Disso Cluster in Saratok followed by three each from the Jalan Maju Cluster in Sibu and Sungai Kawi Cluster in Maradong. 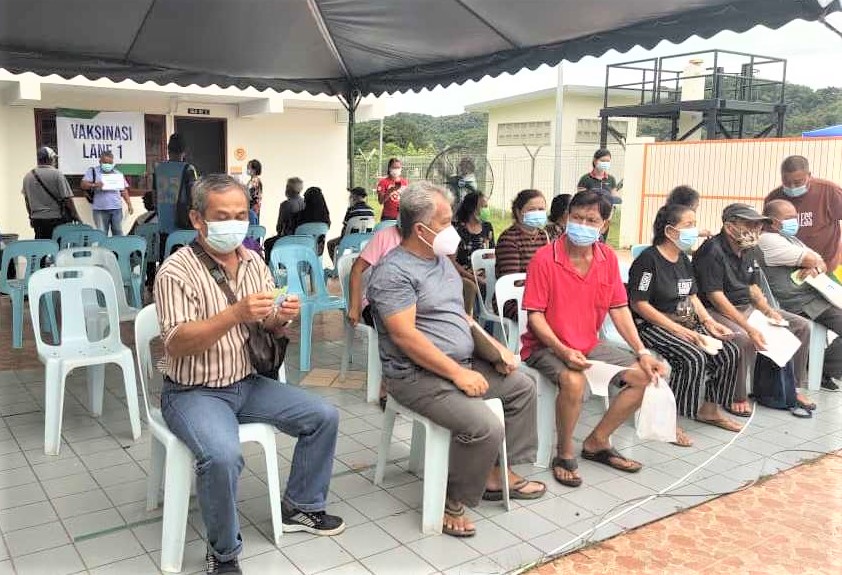 Over 200 receive vaccine in Song