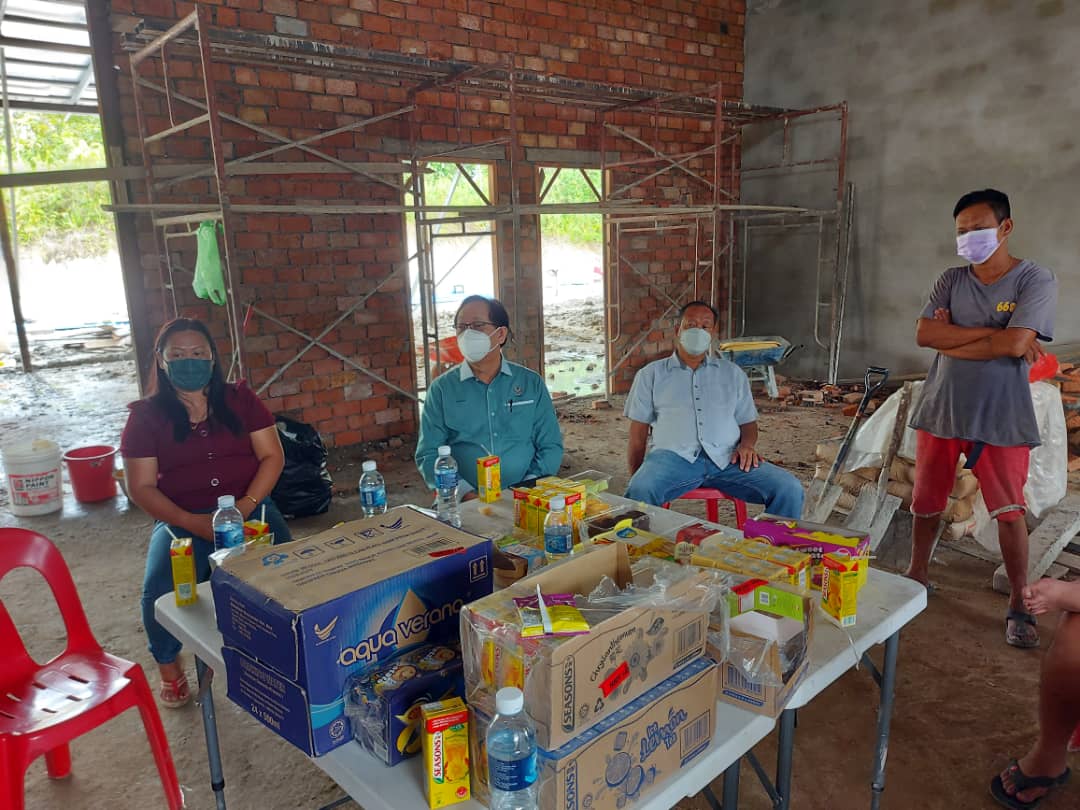 SIMANGGANG: Loan financing from the Housing Development Corporation (HDC) has made it easier for the Iban community in the area to build new longhouses.

Assistant Minister for Education, Innovation and Talent Development Datuk Francis Harden Hollis said each family/door is given a loan facility up to RM30,000.

“Today I had a chance to visit the Bayai Sungai Daun longhouse.

“This is a new longhouse which was built using housing loan assistance by HDC for 17 families, with financing of RM30,000 per door,” he said.

The Simanggang assemblyman said this after inspecting the project and several projects under the Rural Transformation Programme (RTP) here, today.

Harden explained that a sum of almost RM1 million was allocated to upgrade and build new roads to cemeteries in Batang San, Klassen, Sungai Raya and Tekalong.

“The first project involves upgrading the road leading to the Anglican Christian cemetery, Kampung Batang San, Lepong Simpai which was completed on February 18 by An Nas Company contractor at a cost of RM150,000.

“The second one involves the new construction of a graveyard and hut at the Kampung Klassen cemetery which was completed on January 26 by Meriam Enterprise at a cost of RM100,000.

“Among others, one project is the 1.2 kilometre- road paving project starting from the longhouse to the intersection of the Ringgit Ibol longhouse graveyard road, Sungai Raya costing RM300,000 which was completed on February 15.

“I also visited the project to upgrade the Melanjan graveyard, Kampung Tekalong/Siga along 600 metres which was built by Batu Tembang Enterprise at a cost of RM200,000,” he said.

In the meantime, he also mentioned his visit at the construction work to upgrade the access road to the Igai Janting longhouse, Kampung Nyakai Atas which is still under construction at a cost of RM150,000 using RTP funds.