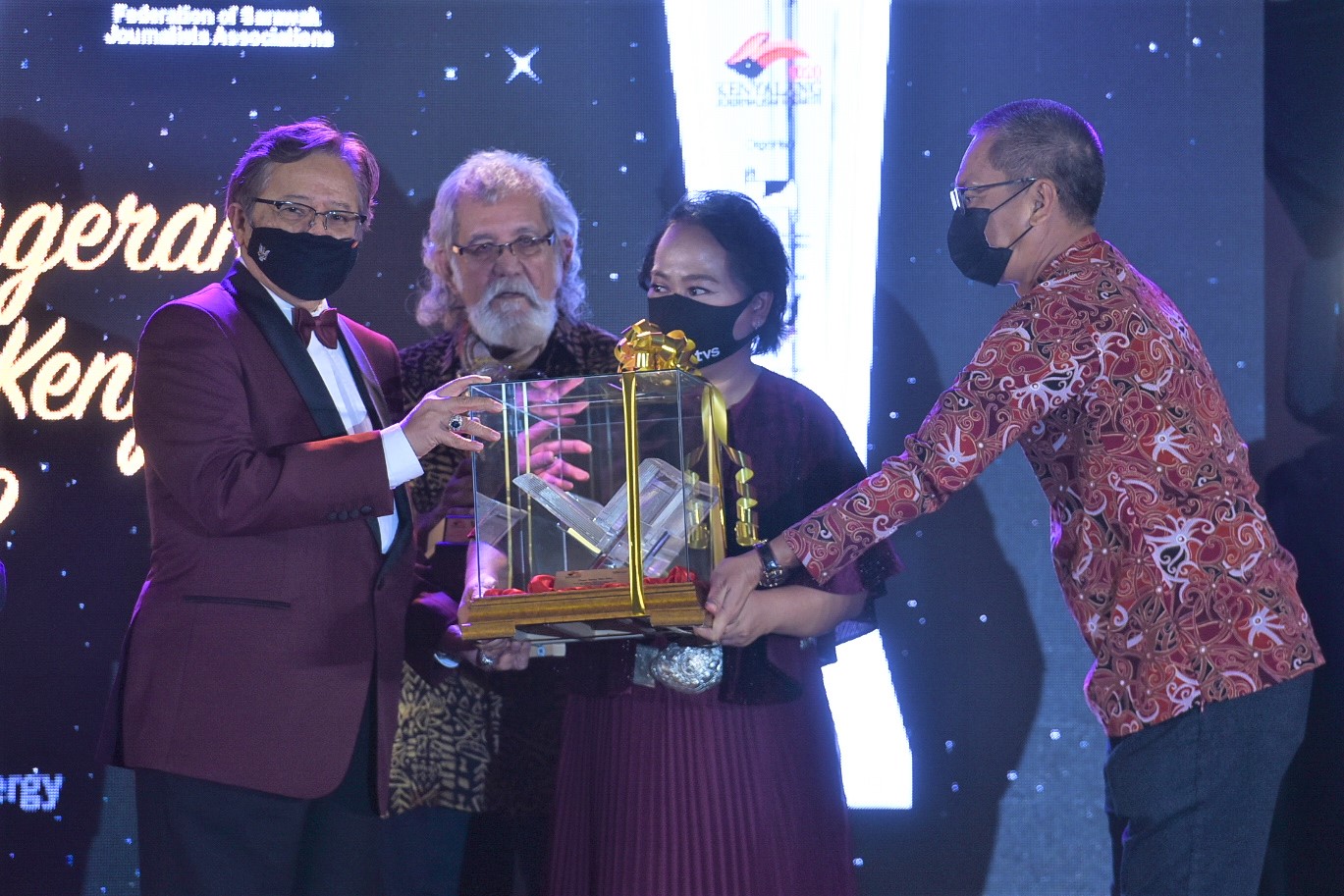 KUCHING: There is no need for an introduction when it comes to James Alexander Ritchie, whose name, if not among the most popular, is among the most

KUCHING: There is no need for an introduction when it comes to James Alexander Ritchie, whose name, if not among the most popular, is among the most accomplished journalists in the state.

It was no wonder that he was presented with the Sarawak Media Figure Award at the 32nd edition of Kenyalang Journalism Awards (KJA) ceremony held at Imperial Hotel here on Friday.

Present to hand over the award to the media figure that night was Chief Minister Datuk Patinggi Abang Johari Tun Openg.

In a video message that was played during the event, Ritchie said he had worked with several local newspapers and helped set up Eastern Times before becoming the executive director of the New Sarawak Tribune in 2010.

New Sarawak Tribune is honoured to claim Ritchie as its own despite the fact that he was no longer the executive director of the company. However, he still writes for the publication as a columnist and contributes as a feature writer.

The 70-year-old Eurasian first joined the field as a cadet reporter of the New Straits Times in 1971. He then climbed the stairs of the organisation chart for about 25 years before retiring.

Ritchie recalled the times when he was a crime reporter in Kuala Lumpur where he shared that he would always be the first to reach the scene upon receiving a tip-off or information from the police.

“My mentality is that I must always be there first. My style is that we (journalists) must always go on the ground; if there is an event in Ba’kelalan, we have to go there too.

“I have even climbed the highest mountain in Sarawak for a story as we must instil the fear of failing, not the fear of leeches,” he said.

Ritchie is well-known for his time with the Penan nomads, casually hanging out with the drug addicts and criminals, and having serious discussions with top leaders.