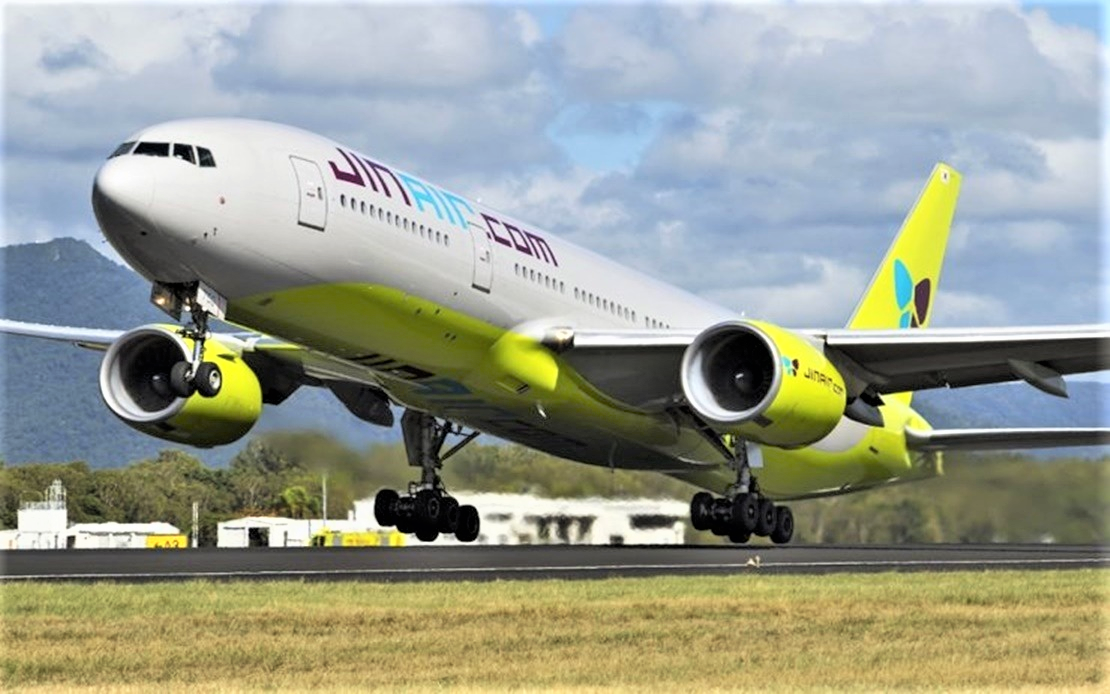 Jin Air plans to deploy the B777-200ER jet, which has been converted into a cargo plane under approval from the transport ministry, on routes from Incheon to Bangkok and Qingdao from Saturday, the company said in a statement.

It is the first time for a budget carrier here to convert a passenger jet to carry cargo in efforts to survive the virus crisis.

Jin Air had provided flights on 32 international routes to Guam, Hawaii and Asian countries and four domestic routes before the Covid-19 pandemic hit the airline industry early this year.

In June, its parent Korean Air Lines Co. began to carry cargo in cargo seat bags in line with global airlines, which are now using their passenger planes for cargo flights, either by using cargo seat bags or removing seats.

Cargo-carrying demand has jumped this year as more than 180 countries and territories closed their borders or imposed entry restrictions on incoming passengers amid virus fears.

On a parent basis, Korean Air shifted to a net profit of 162.4 billion won ($137 million) in the second quarter from a net loss of 80.78 billion won a year earlier as it focused on obtaining more cargo-carrying orders. – Bernama