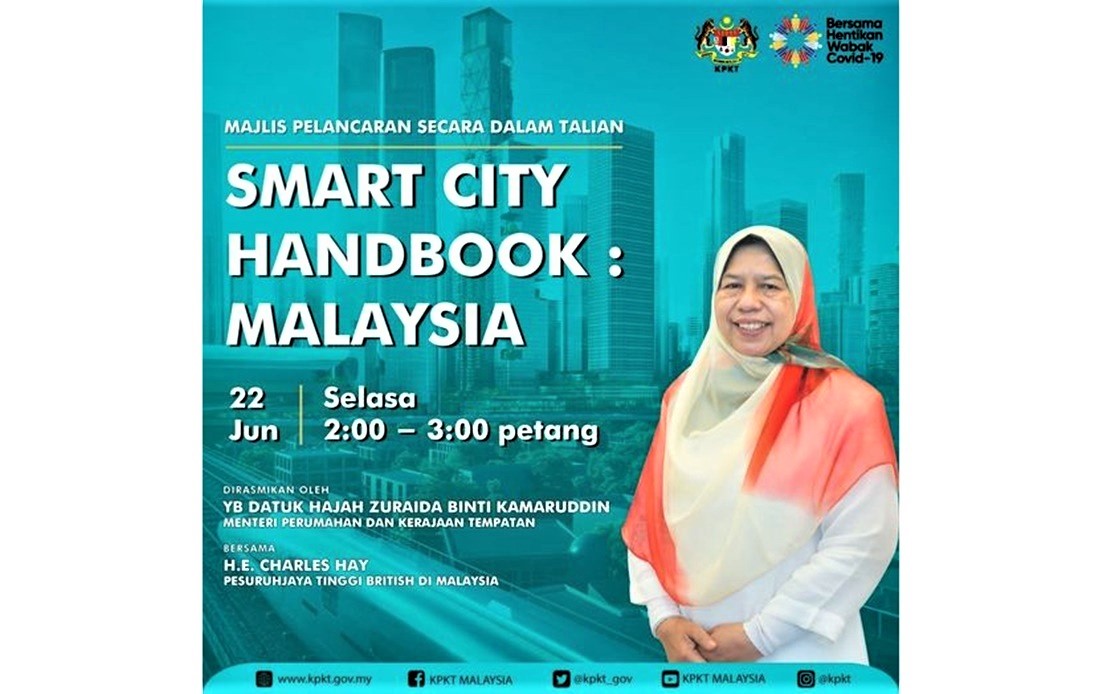 PUTRAJAYA: Malaysia and the United Kingdom (UK) have jointly launched a ‘Smart City Handbook: Malaysia’ to promote collaboration and partnership in smart city development between both countries.

The handbook outlines the smart city landscape across Malaysia and provides examples of interesting UK smart city projects and expertise.

In her opening remarks, Zuraida said the Malaysian government was committed to turning Malaysian cities into smart and sustainable cities and it was primary in the national agenda.

She said the Malaysia Smart City Framework, launched in September 2019, serves as a national reference and guideline, especially for cities and their local governments and other relevant stakeholders in developing and implementing smart city initiatives.

She said cities in Kuala Lumpur, Johor, Putrajaya, Penang and Kota Kinabalu had initiated various smart city initiatives, some through collaboration with foreign nations such as the UK and international organisations such as The United Nations Human Settlements Programme (UN-Habitat) and Mott MacDonald as a delivery partner.

Zuraida said the Housing and Local Government Ministry (KPKT) would work closely with all the relevant local authorities and be a facilitator to the implementation of smart cities while giving an overview of the opportunities available in the country.

“In this regard, KPKT seeks strategic partnership and investment opportunities to assist in financing smart cities,” she said.

Meanwhile, Hay said Malaysia and the UK have deep and long-standing broad bilateral relationships, and the handbook launch was a great example in the modern partnership which was expanded to reflect new challenges, particularly in adopting new technologies.

“Urbanisation is happening rapidly almost everywhere in the world. We have a lot of experiences to share especially in the creative fields such as innovation, digital technology, Internet of Things (IoT) and artificial intelligence,” he said.

He pointed out that the UK was working closely with the development authorities in both Iskandar Malaysia and Melaka under UK’s ‘Prosperity Fund Global Future Cities Programme 2019 – 2022’. – Bernama