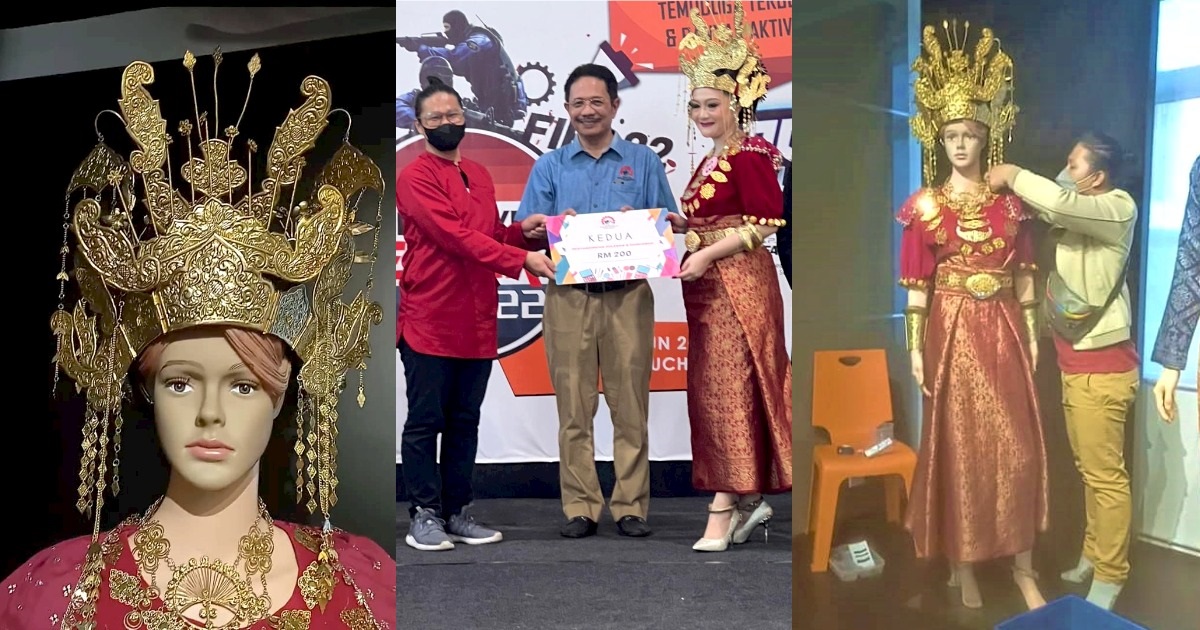 KUCHING: Jah Olen / Raja Olen / Gadjah Oleng corresponds to the name given to the traditional clothing of the Malay community in Sarawak, especially in Kuching, Samarahan and also parts of Sri Aman. 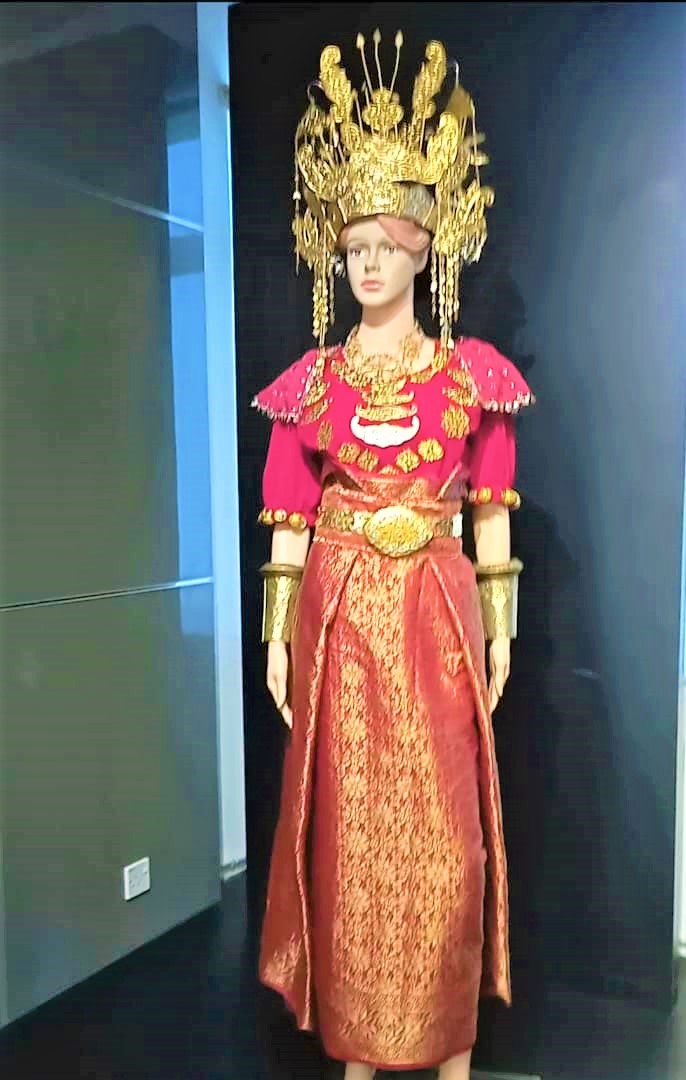 Gadjah Oleng has been used for centuries by Sarawak Malay women during marriage ceremonies in the past.

“Although there are influences from various cultures around the archipelago, it still has its own identity symbolising the Malay culture of Sarawak,” said Hailman Tumi, 38, a beautician and Gadjah Oleng collector.

“The tiered crown jewellery has its own identity with its shape like an elephant’s ears and small ornaments swaying – most likely that’s why it’s called Gadjah Oleng.

“From the head ornaments that have Kepih dahi, Maskota (Crown), Comb, ‘Tajuk’, Cucuk Sanggul berjueri, so magnificent when installed on the bride’s head,” he added.

Moreover, he explained that this attire had several important components from head to feet. 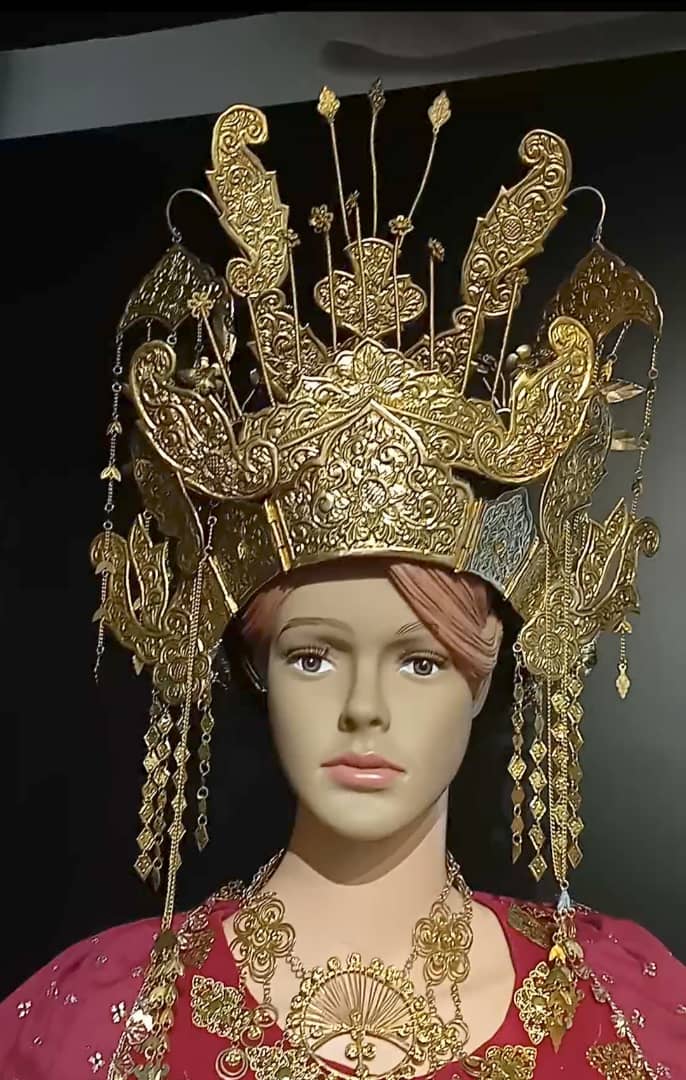 “The accessories have been kept for 17 years and it also comes with a piece of Tudung Keringkam to complete the set-up,”he added.

“Everything must be arranged according to certain rules while the hair should be braided ‘Lipat Pandan’.

“Apart from that, this attire is decorated with scattered flowers called ‘kerepek’.

“The cloth uses Kain Songket known as ‘Kain Berunei’ which is very famous among the Sarawak Malay community,

“It has been used this way since ancient times until today. Decorators or groomers inherit this knowledge from generation to generation,” he explained.

Reservations can be made at Facebook page Chantal Gonzales. 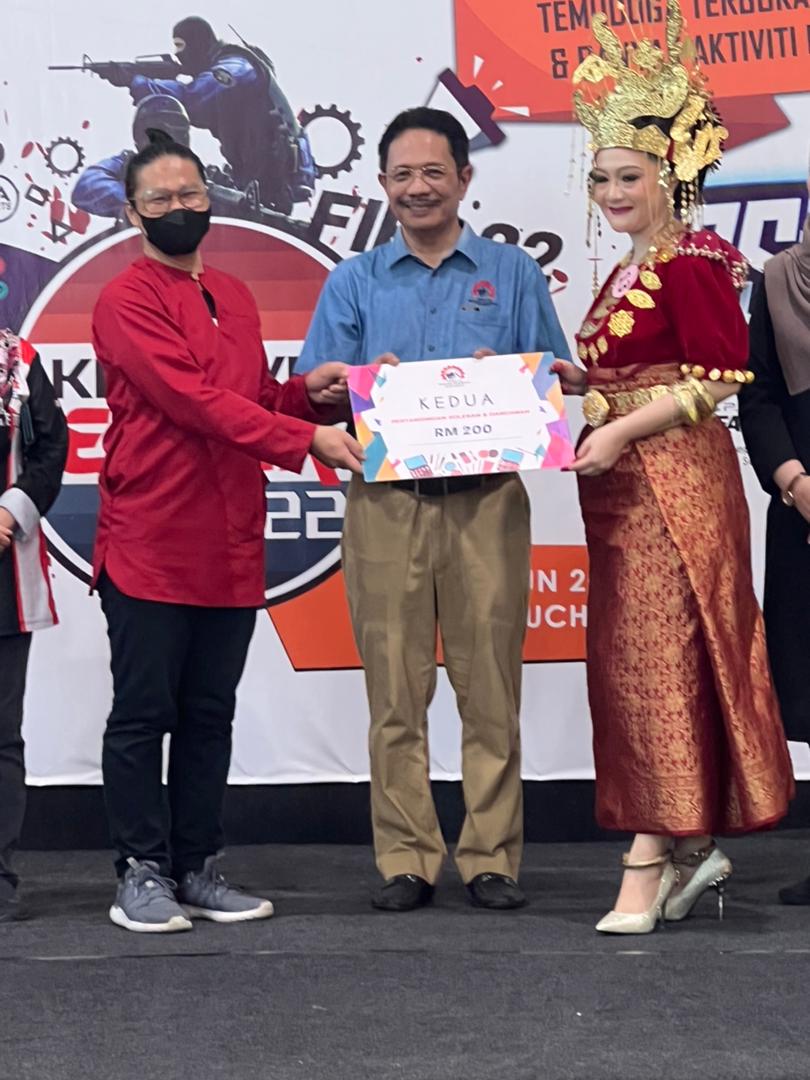 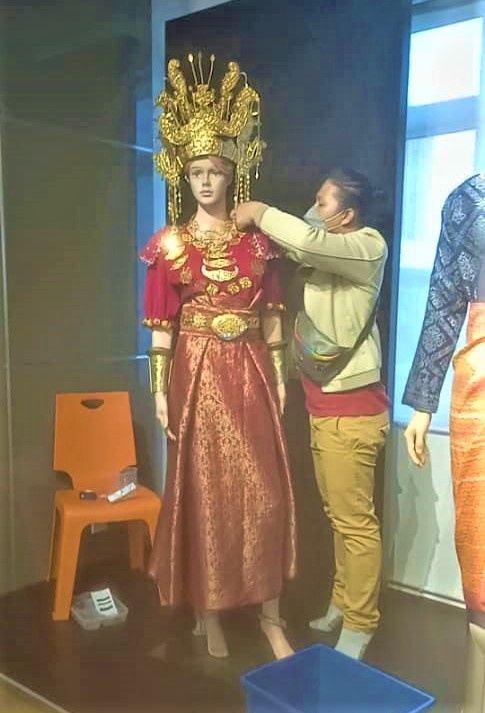 Hailman setting up the attire.