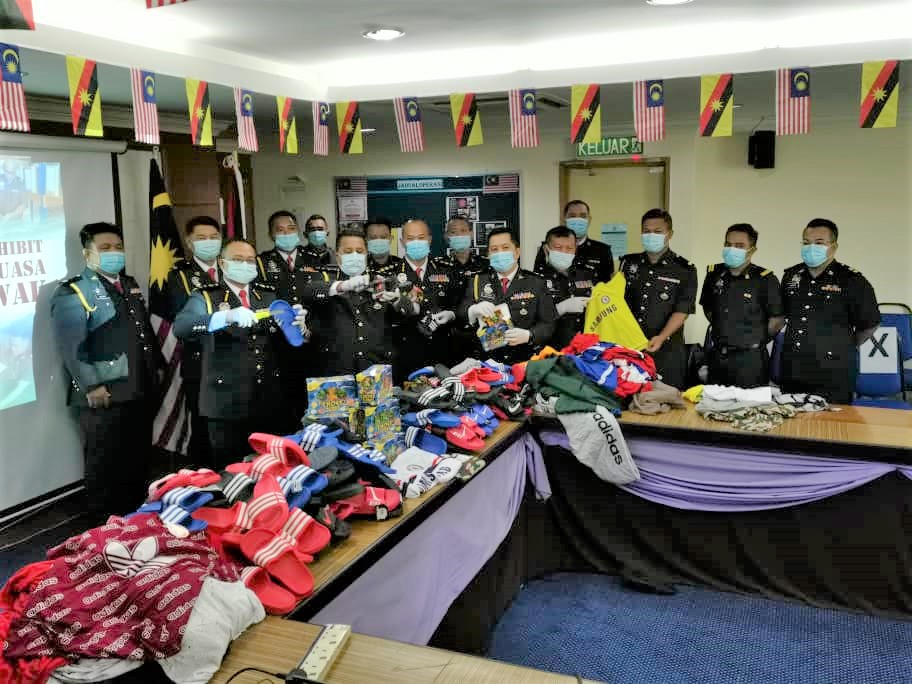 KUCHING: The Ministry of Domestic Trade and Consumer Affairs (KPDNHEP) Sarawak branch on Friday disposed of various items worth RM92,526.20 which were confiscated in 26 cases this year.

A ministry statement said among the items disposed of were handbags, backpacks, wallets, belts, shoes, jerseys, T-shirts and women’s accessories.

“All items disposed of are confiscated items in violation of offences under the Trade Descriptions Act 2011, Copyright Act 1987, Price Control and Anti-Profiteering Act 2011 and Consumer Protection Act 1999,” it said.

It added that this was the second disposal in 2020 after it had received instructions from the court.

The total value of goods confiscated and disposed of from January until August this year was RM496,135.71 involving 83 cases.

The ministry stressed that its enforcement division was serious in combating activities that violate the country’s trade laws.

“Despite the Covid-19 pandemic, enforcement activities will still be carried out by our enforcement division to curb trade malpractices and protect consumer rights,” the ministry said.

From Jan 1 to Sept 2 this year, KPDNHEP Sarawak carried out inspections on a total of 48,229 business premises in urban and rural areas.

During these inspections, illicit goods valued at over RM3,949,200 were seized while compound notices amounting to RM257,300 were issued to errant traders.

Meanwhile the ministry has advised consumers to channel complaints through its hotline at 1-800-886-800 or the KPDNHEP e-complaint portal at http://e-aduan.kpdnhep.gov.my, or via Whatsapp (019-2794317) or go to the nearest ministry office so that appropriate action can be taken.