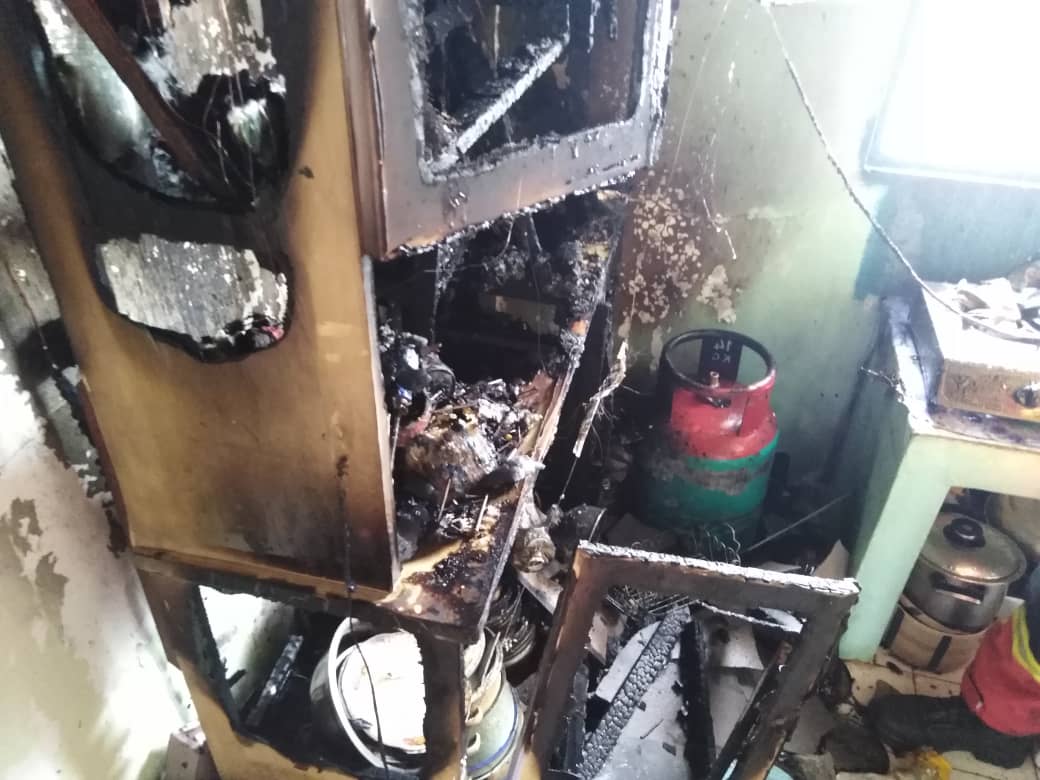 SARIKEI: Swift actions by neighbours succeeded in saving two tenants from injury and a house from being burned to the ground at Taman Susur Jambu here today (Sept 26).

It was reported that the two tenants, in their 50s, were cooking in the kitchen before some flammable materials placed near the stove, got ignited and caused a fire.

Neighboring residents who witnessed the incident, managed to extinguished the flames using a nearby water source.

Thankfully, no injuries were reported and the tenants got out to safety with the help of their neighbors.

A spokesman from the Fire and Rescue Department said they received a distress call around 1.50pm pertaining to the incident.

Firemen from Sarikei station were promptly despatched to the scene, about 7km from the station.

Upon arriving, the team found that the fire only involved kitchen appliances.