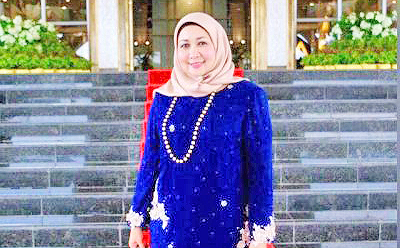 KUCHING: The formation of Malaysia is the result of Malaysia Agreement 1963 (MA63). It is never the product of Federation of Malaya 1957, said Assistant Minister in the Chief Minister’s Office (Law, State-Federal Relation and Project Monitoring) Sharifah Hasidah Sayeed Aman Ghazali (pic).

“In simple term, MA63 is the basis of Malaysia,” she told New Sarawak Tribune after officiating at the opening ceremony of fitness centre, Curves Metrocity Kuching, in Jalan Matang here yesterday.

She said the rejection of the clause raised question on PH’s sincerity in tabling the amendment to Article 1(2).

“If PH is really sincere, why can’t it agree to the proposal?

“If they are sincere, they would surely listen to us but instead, they have rejected the proposed clause in the parliament,”

She said the insertion of the clause would justify the formation of a nation called Malaysia.

Simanggang to host State-level do

Sarawak back to green again

Hot and dry weather until next month