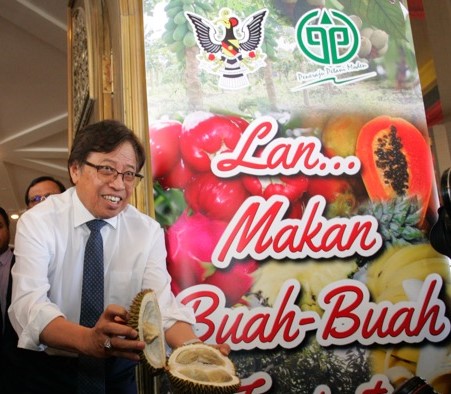 Positioning Sarawak in the global market

The Sarawak Trade and Tourism Office Singapore (Statos) was set up in the Lion City in August last year to position Sarawak in the global market, bri

The Sarawak Trade and Tourism Office Singapore (Statos) was set up in the Lion City in August last year to position Sarawak in the global market, bring in more investments, promote trade and attract more tourists to the state.

Chief Minister Datuk Patinggi Abang Johari Tun Openg saw the importance of setting up the office because Singapore was a major trading partner of the state.

The major items traded between Sarawak and Singapore are food items, machinery, transport equipment, minerals, fuels and lubricants; in 2028, total exports of these products to Singapore stood at RM1.2 billion.

Just two months after the establishment of Statos, for the first time ever, about 12 tons of tilapia fish from Batang Ai were exported to the Singapore market in October last year.

Abang Johari said Sarawak’s export market to Singapore was targeted to increase by 30 per cent this year.

In addition to that, Sarawak had been able to export about 700 boxes of local ‘banaBee’ banana chips to Guangzhou, China.

About 300 tons of durian paste were also exported to China last year.

These successes indicate that Sarawak’s food industry has great potential and has a bright future as importers from other countries are showing interest in importing food products from the state.

This also goes to show that Sarawak is able to achieve its target of becoming a net food exporter by the year 2030.
Similar trade and tourism offices are set to open in Pontianak, Kalimantan and in Bandar Seri Bagawan by the Sarawak government.

In the State 2020 Budget, Abang Johari also announced that a sum of RM6.1 million would be provided to Statos for its operation and activities.

Julau set to get new fire station under 12MP 0

State, federal leaders reflect on Malaysia’s formation, highlights need for promises under MA63 to be realised 0