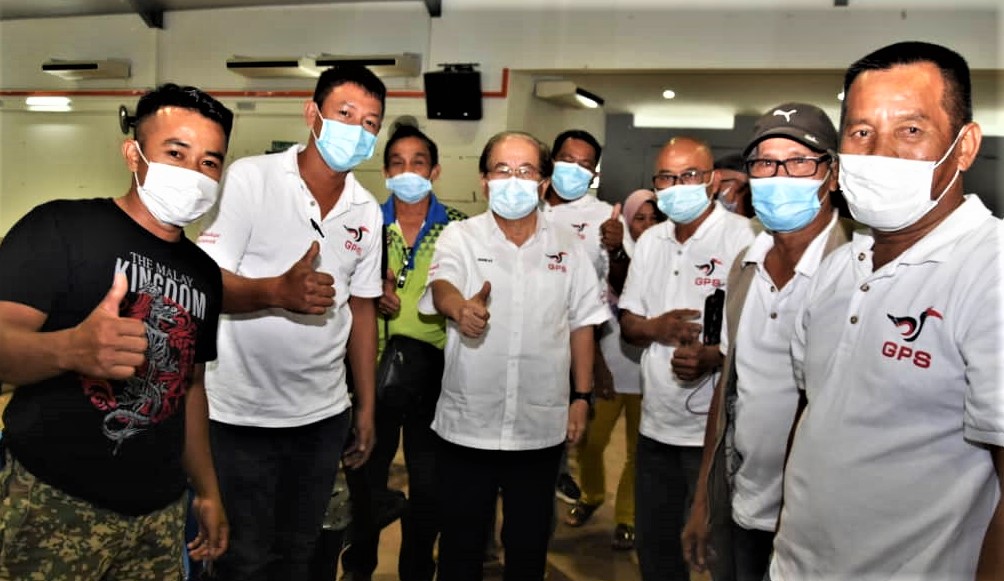 BETONG: Parti Pesaka Bumiputera Bersatu (PBB) members in the Bukit Saban state constituency have been advised to start preparing for the coming state

BETONG: Parti Pesaka Bumiputera Bersatu (PBB) members in the Bukit Saban state constituency have been advised to start preparing for the coming state polls and protect the seat for Gabungan Parti Sarawak (GPS).

“Our members need to get ready with their preparations. Besides these two political parties, there may be others who want to try their luck.

“So, the important task now is to ensure the seat remains with the Gabungan Parti Sarawak (GPS) state government after the election,” he said.

Uggah pointed out a win in Bukit Saban was valuable for the GPS state government and would ensure it would continue to rule the state.

“Sarawak is now politically very stable as we have a very good leader in our Chief Minister Datuk Patinggi Abang Johari Tun Openg.

“A real eager beaver in wanting to see the state develop and prosper, he regularly travels the length and breadth of it to ascertain all areas receive their share of development and progress.

“He has divided the state among three major development agencies in a strategy to see all are systematically developed. Now, among his visions are turning Sarawak into an agricultural power house in the region and a net exporter of food and food products by 2030,” he added.

Uggah also highlighted that a win in Bukit Saban would mean the rural folk — mostly fishermen, breeders or farmers — could generate incomes from their own land or through their own efforts.

“As such, everyone should help GPS win convincingly for Abang Johari, who is already seen as an inclusive leader, to continue leading us.

“Now, you can see some people are starting to move around, promising the stars and the moon in order to win, but if they lose, they will conveniently disappear,” he said.

Uggah revealed that a potential election candidate was already going around, alleging that the only developments in Bukit Saban were in Penom and Gensurai.

“This is a lie of monstrous proportion as development projects have long been well spread out to benefit all and we know there is going to be the RM108 million STOLport in Bebuling.

“This is to exploit and facilitate the great potential of the Betong/ Sarikei food basket area here. All those in the agriculture fraternity will stand to gain,” he said.

“Last month, we saw the opening of the new RM3.5 million Spaoh Agriculture Centre,” he said.

Uggah added most of the 92 longhouses in the Bukit Saban state constituency were well connected by roads and enjoyed basic amenities like water and electricity supply.

“But we are certainly not resting on our laurels, and our next focus is to help the people generate incomes through suitable agricultural activities.

“The opposition will come up will all kinds of allegations and lies — solely to demonise me and the state government.

“I believe voters will be able to discern the truths from lies,” he said, adding that the PBB members must be prepared to debunk all those issues raised and lies told.

Uggah, who is also the deputy president of PBB and chairman for Bukit Saban branch, revealed that a mini PBB convention would be held in Spaoh next month.

“It is one of the four planned statewide instead of one central convention for all as done previously.

“Our Chief Minister and party president is expected to officiate at this mini convention,” he said.

“Now, there are two groups — each routing for their preferred candidate,” he explained.