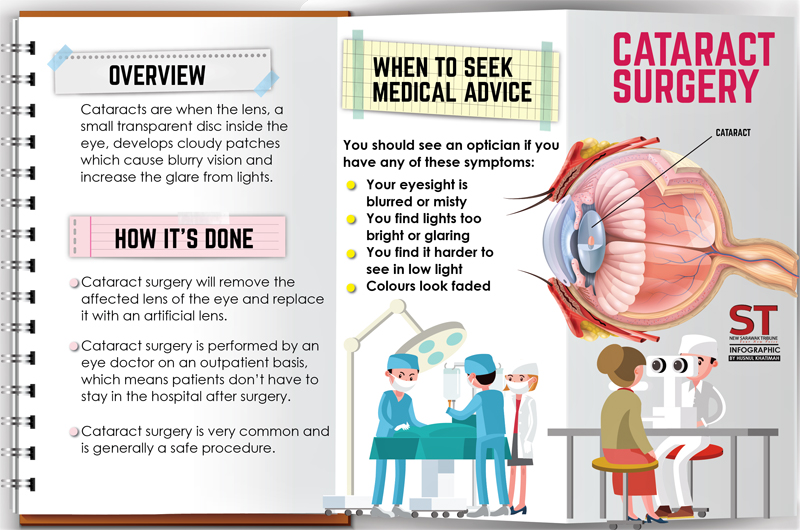 This year’s celebration is themed ‘Hope in Sight’ and it was hosted via Zoom teleconference with participants nationwide at SMA-Tegas digital innovation hub here.

“WSD is a worldwide initiative coordinated by the International Agency for the Prevention of Blindness (IABP). This is the focal advocate to create and focus global awareness to the blind and the visually-impaired population.

During the event, a WSD short film entitled ‘Hope in Sight’ was premiered and launched, featuring a story of how a young diabetic accountant’s life was affected as she suffered from bilateral blindness cataract.

“This short film is inspired by a real-life story of a patient and how a single cataract surgery can cure one’s blindness as well as how Covid-19 has affected our services,” explained WSD 2020 organising chairperson Dr Wendy See.

She said that her team had also developed six educational videos in the hope of spreading awareness on sight impairment in Malaysia.

“These videos will be uploaded on Sarawak General Hospital (SGH) Ophthalmology’s YouTube channel and can be viewed publicly today at 3pm. The videos are made in Bahasa Malaysia and English.

“We are also planning to have the videos available in Mandarin, Tamil and Iban … but these are still in the making,” she added.

Dr See also said that in conjunction with WSD 2020, her team had organised a virtual run involving 500 participants.

According to her, they had initially planned an event with free eye screening, poster exhibition, balloon sculpture for children, and so on.

However, due to the Covid-19 pandemic, changes had to be made, and the event was changed to a virtual one.

Who will be national Sportsman, Sportswoman 2018?