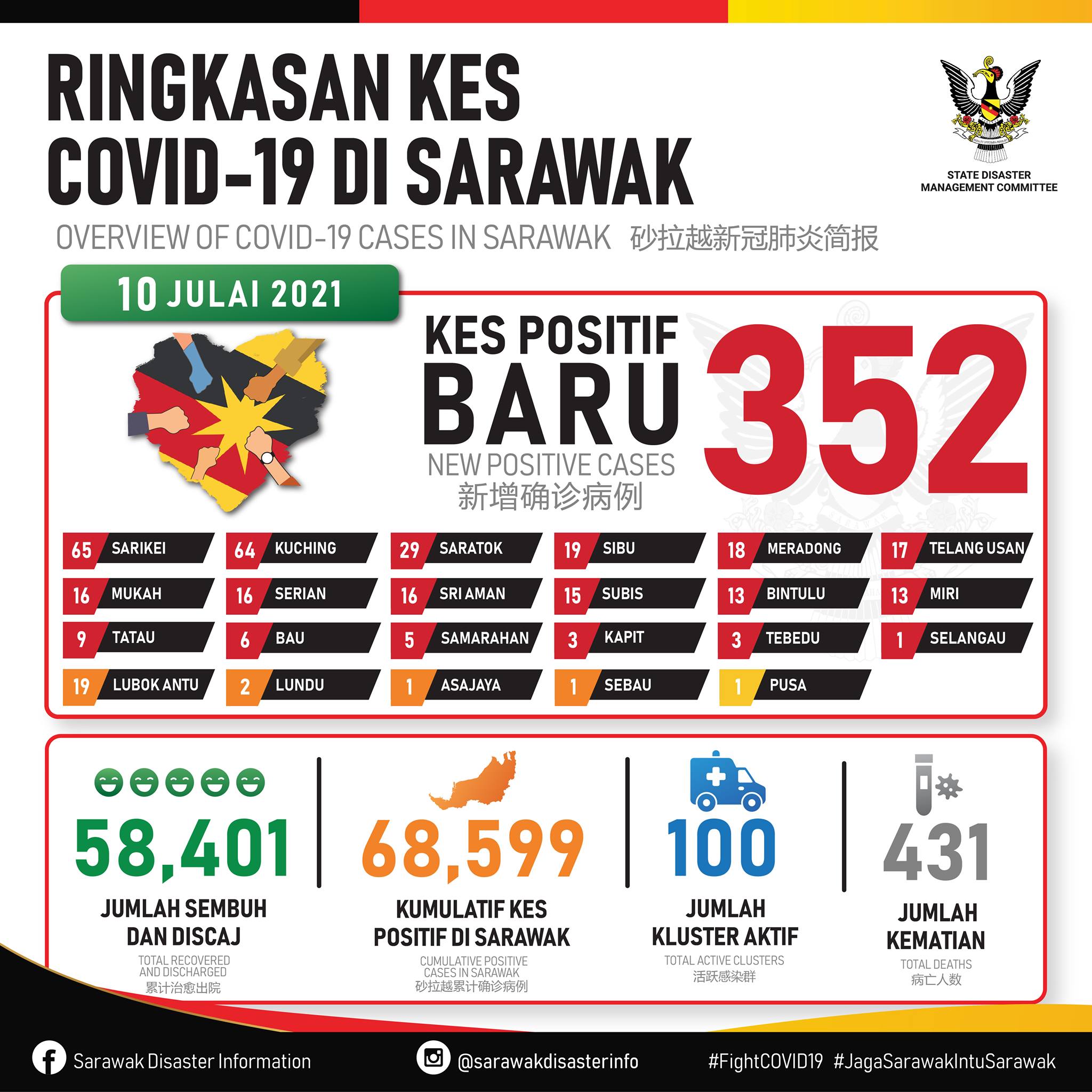 There were 16 cases reported in Mukah, Serian and Sri Aman respectively. Subis had 15 cases while Bintulu and Miri recorded 13 cases each.

There was one Import B case of an individual returning from Kuala Lumpur.

Meanwhile, there were 386 new recoveries and discharge from hospitals and low-risk treatment centres (PKRCs) statewide.

This brings the total number of recovered and discharged cases thus far to 58,401 or 85.13 percent.

There are 9,558 individuals still undergoing treatment at PKRCs and hospital isolation wards in the state.