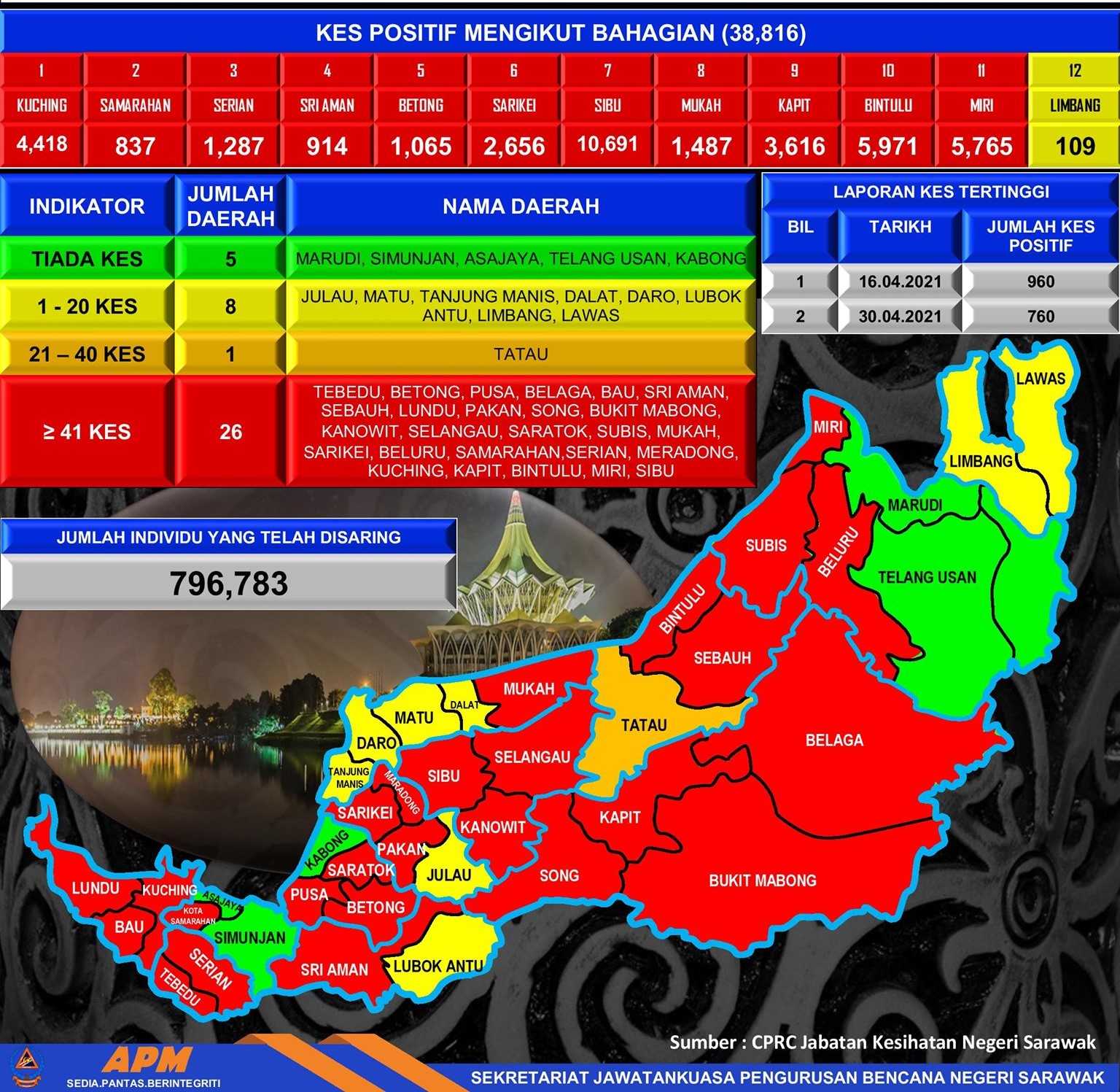 Meanwhile, it also declared the extension of EMCO at three longhouses which are Rumah Setia, Ulu Minus in Sarikei until May 19; Rumah Dinggai, Sungai Amut Atas, Lubok Pisang in Pakan (May 20 to May 26); and Rumah Rapit, Sg Kuap, Nyelong in Sarikei (May 19 to May 21).

On another note, it also said Marudi district had turned green after no local infection cases were recorded in the past two weeks.

This increased the number of green districts in the state to five.

Julai district has become yellow after recording a total of 17 local infection cases in the past 14 days.

As for now, the state has only one orange zone left which is Tatau district, eight yellow zones and 26 red zones.