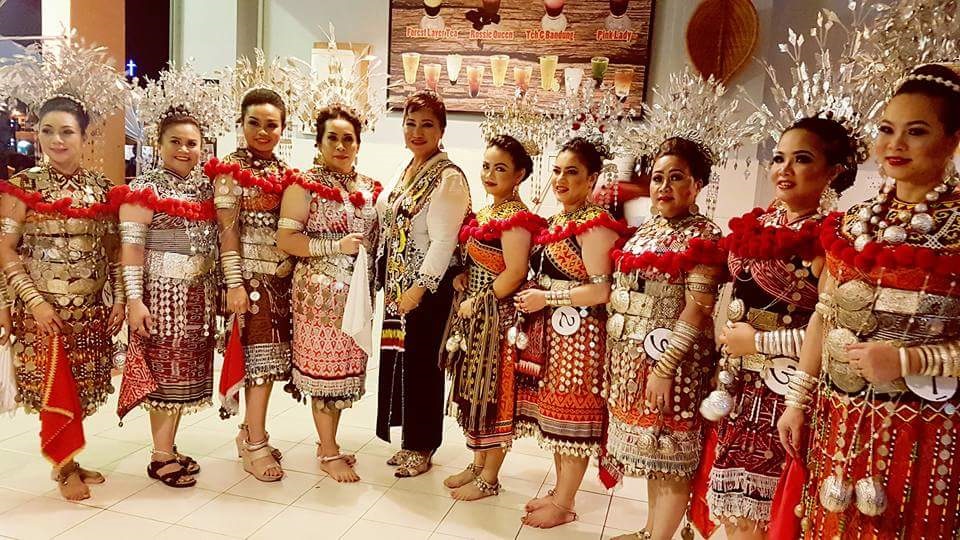 Longhouses for the Iban will always be relevant but it is Gawai Dayak — just referred here as Gawai — that is making them more relevant, thereby enha

Longhouses for the Iban will always be relevant but it is Gawai Dayak — just referred here as Gawai — that is making them more relevant, thereby enhances the community dwelling into a platform of iconic celebration and unity.

After having two years of muted Gawai do, this year, our Dayak celebrants in the state are expected to go full swing and enjoy the festival in a proper and noisy gathering with tuak rice wine coming to mind and featured prominently with other beverages.

As the country steps into the endemic from pandemic phase of COVID-19, most of the standard operating procedures have been relaxed. And as such, many of my fellow Iban celebrants are expected to return to their longhouses spread all over the state.

can imagine the express boats along the Rajang River are surely enjoying excellent business — despite Kapit is already reachable by road — including being overloaded with passengers who might go on the boats’ rooftops. This certainly keeps the Sarawak Rivers’ Board busy.

There will be congestions along the roads too, especially the Kuching-Serian-Sri Aman stretch. I recall during an earlier Gawai season (circa 2009), namely on May 30 of that year when travelling back in our car to Saratok, we chose to use the Serian bypass.

This was when the four of us in the car were stuck at the bypass stretch for almost an hour due to congestion. It was so annoying that the cars were moving in a crawl, leading us to go over the distance of about two kilometres for almost an hour.

However, the Gawai spirit put smiles back to our faces. As my eldest son was driving, I strummed my Ibanez guitar and crooned at least three hits of the Rock n Roll King Elvis Presley.

Every Gawai do at my Kedap longhouse in Saratok, over a distance of about 320km using the Pan Borneo Highway but much shorter distance using the coastal road, is something I always look forward too.

It would be always refreshing to get reunited with my brothers, nieces and nephews. I miss my eldest niece the most, whom I brought up to study up to diploma level. Her family comprises engineer hubby, two teenage daughters and herself who now reside in Bintulu.

Their presence always reminds me of my younger days. We always look forward to getting together during Gawai.

I heard that this year, my longhouse folk are going to repeat an arrangement that they started in 2019 but did not complete the rotation due to the COVID-19 pandemic in 2020. Our 35-door longhouse then was divided into two for the arrangement of mutual goodwill visit.

In 2019, those apartments or bilik numbered from 01 to 18 were the ngabang (visiting) group and those from room 19 to 35 played hosts. So, this year, Kedapians are to complete that rotation.

Most of my longhouse mates who are working in Kuching, Sibu, Bintulu, Miri, Malaya and elsewhere are likely to make it to Kedap this Gawai. This reunion after a long hiatus is a breath of fresh air.

In the past, usually as early as the evening of May 30, there were loud music and gales of laughter in the air, easily showing enthusiastic celebratory signs. As usual, the evening of May 31, the Gawai eve is always the moment to cherish. In 2018 on Gawai eve, every family dined at its own open gallery ruai and took time to share and exchange dishes with immediate neighbours.

We had a hearty dinner of various meats, prawn and fish cooked in different styles, ensuring a fair mixture of Iban traditional cuisines and other dishes.

At ten in the evening, we gathered at the open gallery of Tuai Rumah Robert Lin Malina. After a short prayer led by Lin himself, who is also a layreader, he gave a short speech. Lin, who is also my nephew and former classmate (1968-70), announced a number of new projects for the longhouse that year.

He also conveyed his gratitude and happiness over the presence of a large number of Kedapians from cities such as Kuching and Miri and those from urban centres during the evening gathering at Gawai eve.

A few were given space to address briefly and to share with each other. When it came to my turn — in fact I was the first to address the longhouse residents after TR Robert Lin — I made it very simple. If over the years I had talked about the importance of education, this time around my emphasis was on the importance of upholding unity and harmony.

“That spirit of unity and harmony among residents of Kedap longhouse has remained intact to this very day it seems, and I am so happy to be part of it. It really shows that unity is strength and important for us to carry on forward. It is vital that we make unity as an integral part of our daily culture to achieve better things as we move further into the future,” I told the big gathering.

A few others were also given the honour to share with the longhouse residents comprising most descendants of Anya ‘Lebur Menua’, the pioneer of Kedap basin through his four offspring, namely Bungin, Jatan, Bran and Gulang (f). I am the descendant of Pengulu Bungin and occupy his original bilik through grandma Kejuang anak Meling, the daughter of Laie anak Bungin.

At birth, I was named Tawi after Tawi anak Bungin who was nicknamed ‘Lanang Kasih Sayang Bedindang Madang Rutan, Tawi Berani Ati Pemudi Kayan’ (Tawi the brave lover boy who sings among the rotan creepers and one who scares his enemies). The two head trophies obtained by Tawi during the 1902 Cholera Expedition against Bantin in Delok had been buried after both were destroyed in a longhouse fire circa 1905.

Tawi, who went to Mindanao, thereafter, never came back and was believed to have settled and died in the southern Philippines.

A few of my fellow cousins from the urban areas also spoke. Among them was Richard Michael Abunawas — he is now Resident of Betong Division.

Among the interesting items for Gawai eve then were a procession of young kumang (beauties), tabuh contest (contest of traditional musical instruments), fancy dress and statue dance contests.

A karaoke competition was planned but did not materialise due to technical constraints. Nevertheless, the band performance with Elvis impersonator in attendance was superb. For the record, this band from Kedap won the state’s Battle of the Band in Kuching recently as Saratok’s representative.

I look forward to another eventful Gawai this year.

Unifor committed to fair use of fund 0