Limbang is place so near and yet so far. Situated on the banks of the Limbang River, this northern Sarawak region covering 3,976.6 square kilometres is sandwiched between the two halves of the Kingdom of Brunei Darussalam.

Once a powerful kingdom, it was a country whose fiefdom stretched half way around the west coast of Borneo — from Padas in the north to Santubong in the south and around West Kalimantan 2,000 miles away.

Originally occupied by the first people of Borneo — the Kedayan, Bisaya, Kelabit and Lun Bawang — Brunei’s history is linked with powerful kingdoms in southern Philippines to Java.

Legends revolved around the aristocrats of Brunei and its territories namely Limbang, Trusun, Lawas and Padas during the Majapahit era until North Borneo became part of the Mongol empire of China.

It was the pagan leader Awang Alak Betatar who opened the door to the sultanate’s “golden era” when he became the first Muslim Sultan after marrying the daughter of the Sultan of Johor in the 15th century. 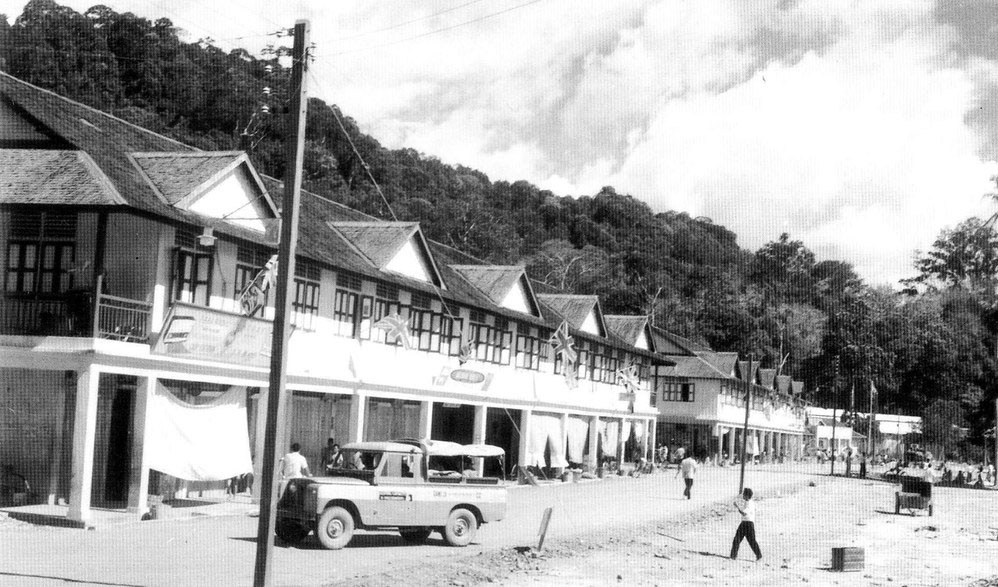 Brunei was a wealthy and cultured kingdom visited by the fabled Arab sailor Sinbad who was said to have brought back to his country “pearls, gold, camphor, guns, perfumed oils, spices and gems.”

Later when Genghis Khan conquered China and founded the Mongol Empire (1206-1207) he extended his rule to Borneo. His son Kublai Khan invaded North Borneo with a large force in 1292 and ruled his kingdom from present-day Sabah.

Brunei’s fame grew after the fall of the Mongols as the sultanate taxed its subjects, sometimes unfairly, leading perennial rebellions which precipitated its downfall.

In the midst of Brunei’s metamorphosis, an English Rajah took advantage and usurped Brunei’s territories and its prized possession — Limbang — which for 100 years became the sultanate’s bone of contention.

In 1841, James Brooke annexed Sarawak which extended from Kuching to the Sadong River following which his nephew Charles extended the Brooke Empire until the doorsteps of the Brunei sultanate.

In 1885, Brunei faced another with a major rebellion forcing Brunei’s Sultan Hashim Jalilul Alam to seek the help from Britain to quell the uprising.

Three years later in June 1888, the Governor of Singapore Sir Frederick Weld visited Brunei and persuaded the reluctant sultan into accepting a British adviser and subsequently ceding Limbang to Brooke.

An incident involving Brunei royalty and a Sarawak aristocrat who was murdered for committing adultery, sparked a quarrel between Brooke and the Sultan, which sealed Limbang’s fate. Following that incident Brooke decided to interfere in the affairs of Limbang — Brunei’s “rice bowl” and prized possession — where another rebellion was simmering.

Limbang was annexed in 1890 and in 1905 Brunei had become a country which had shrunk to only slightly larger than Limbang.

After 70 years, Limbang continued to become a rallying call for Brunei and loyalists who were endeared to their Sultan — leading to the two infamous rebellions in Brunei and neighbouring Limbang on December 1962.

It was the charismatic Arab-Malay leader Sheikh A.M. Azahari who sparked the first rebellion by trying to topple Sultan Sir Omar Ali Saifuddin in the Brunei capital on December 7.

The following day, a second insurgency led by a former Sarawak constabulary sergeant Salleh Sambas led to the infamous “Battle of Limbang” where four Sarawak policemen and five British marines and 12 rebels lost their lives. 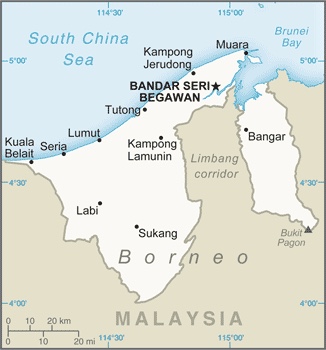 For five days, Limbang came under the North Kalimantan National Army or Tentera Nasional Kalimantan Utara (TNKU) who had joined Indonesia in a bloody confrontation against Malaysia.

It was also a week of drama because the timely arrival of the elite 42 British commandos in the early hours of December 12 because the rebels had planned to murder the British Resident and his wife, four colonial officers and an American peace corps that very morning.

But the dawn raid to liberate Limbang had fatal consequences because even before the marines landed in two open vessels, two of their men had died and another was seriously wounded. Even on land, the rebels who were described as one of the toughest and most ruthless, ambushed and killed three more commandos before the end of the day.

As the British gained the upper hand, the rebels were pushed back and suffered many casualties, including 12 dead and numerous other wounded in follow-up operations.

It was a bitter war where the rebels were buried in a hastily-dug mass grave in town which exuded a stench for at least a year until the remains were exhumed and reburied bringing a close to a sad episode.

Salleh Sambas was eventually captured and served 10 years in jail. On his release he worked in Rela and was appointed as “Penghulu” of the Kedayan community.

In 1974, the Sarawak government gave the Kedayan rebels a 100-acre parcel of land to build a new village and rehabilitation purposes.

In an interview in Limbang in 2003, Penghulu Salleh Sambas said that the Kedayan were opposed to the formation of Malaysia and considered Limbang to be part of Brunei.

In July 2003, Sir Jeremy Moore and some members of the 42nd commandos met Salleh and former rebels in a unique atonement ceremony at the Limbang waterfront.