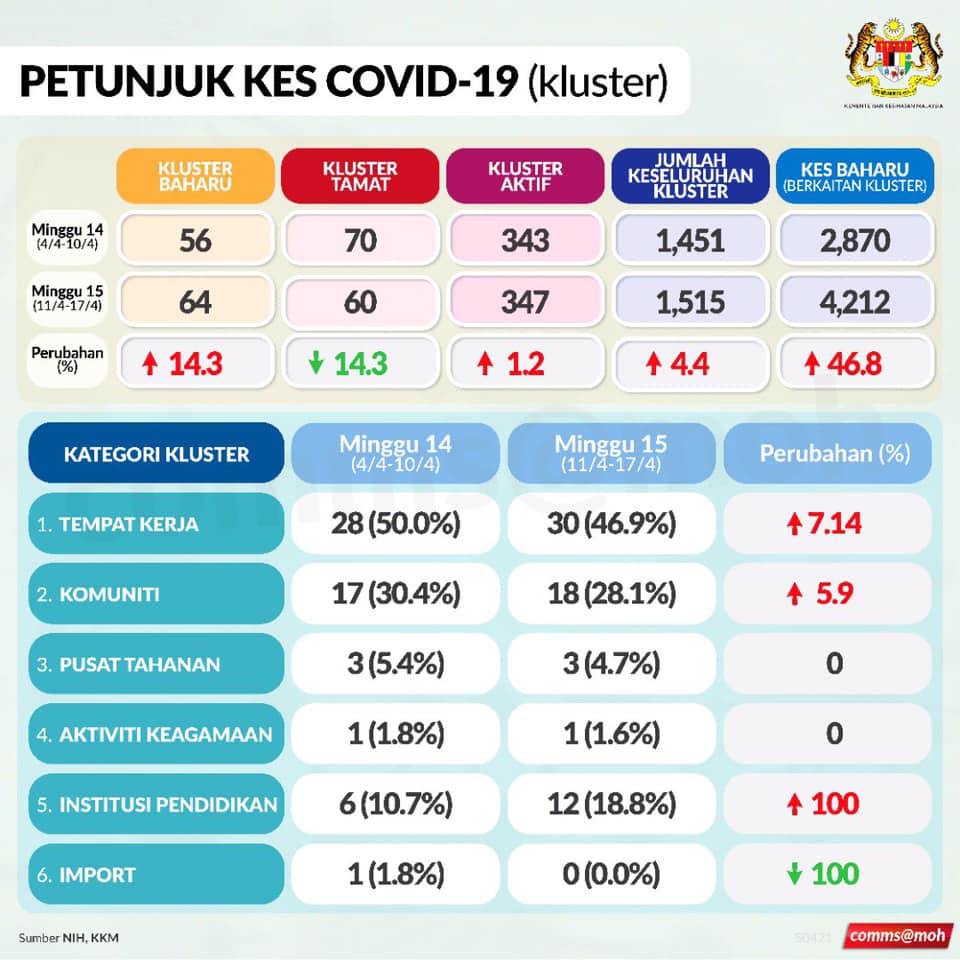 KUALA LUMPUR: 39 clusters with 1,420 cases involving subcategories of schools or institutions under the Education Ministry have been detected from Jan 1 to April 20.

Based on an infographic posted on the Health Ministry’s official Twitter account, clusters involving educational institutions have doubled from six to 12 in seven days last week.

As a result, a number of schools in several states were ordered to be closed to curb the spread of the Covid-19 pandemic among students and educators.

On April 18, all schools and educational institutions in seven districts in Kelantan were ordered to be closed following the implementation of the Movement Control Order in the state until April 24.

On April 20, Sekolah Menengah Kebangsaan (SMK) Methodist in Jalan Sungai Daun, Nibong Tebal, in Seberang Perai Selatan, Penang was ordered to close following a Covid-19 case at the school and it is expected to reopen on April 26.

On the same day, a total of 19 schools in Selangor were also closed. The closure involved 11 secondary schools, six primary schools, one religious secondary school, and one national type school following the emergence of a Covid-19 pandemic cluster.

On April 21, the number of schools forced to close in Johor increased to 27 schools after recording positive Covid-19 cases among staff and students. These involved 10 religious schools and the other 17 comprised national schools, secondary schools and national type schools.

Today, six more schools in the state have been closed for sanitisation operations following the detection of Covid-19 case yesterday, bringing the number of schools involved in the state to 33 compared to 27 schools, two days ago.

For the record, secondary students from Group A states, namely Johor, Kedah, Kelantan and Terengganu returned to schools on April 4, while Group B, involving schools from the remaining states on April 5.