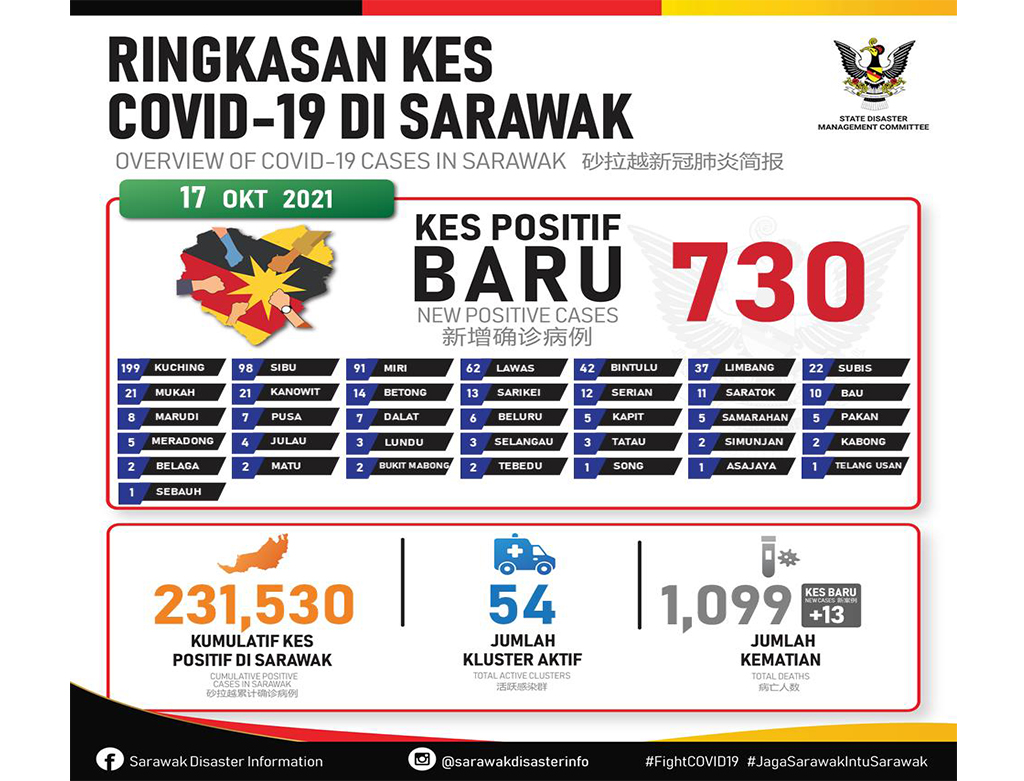 Sarawak Disaster Management Committee (SDMC) in a statement said that of the number, 709 cases or 97.12 percent were in Categories 1 (no symptoms) and 2 (mild symptoms).

Districts that recorded less than 10 cases are Marudi with eight, Pusa and Dalat (seven each), Beluru (six), Kapit, Samarahan, Pakan and Meradong with five cases respectively, Julau (four), Lundu, Selangau and Tatau with three cases each.

There were no new Covid-19 clusters while three clusters have ended after no new cases were reported in those clusters in the past 28 days.

Presently, there are still 54 active clusters in Sarawak and three clusters saw an additional of 10 new cases yesterday, whereby seven cases were linked to Air Awat-Awat Cluster, two cases linked to Tembok Limbang Cluster, and one linked to the Menuang Cluster.