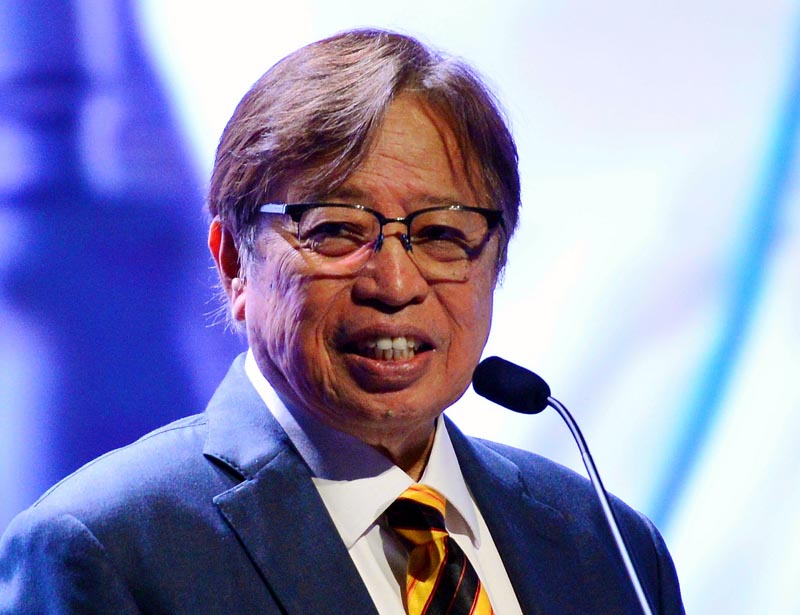 KUCHING: The Premier of Sarawak Datuk Patinggi Tan Sri Abang Johari will deliver a keynote address at the three-day World Hydrogen 2022 Summit and Exhibition hosted by the city of Rotterdam, the Netherlands from May 9 to 11.

He will be joining some 3,500 government and industry leaders from all over the world to explore and familiarise themselves with the latest hydrogen technologies, applications and solutions that are set to revolutionise the industry today.

The office of the Premier of Sarawak in a statement today said the delegation will later fly to Oslo, Norway to gain insights into the operationalisation of Norway’s sovereign wealth funds that the Premier has indicated will be a model for a similar fund to be set up by the Gabungan Parti Sarawak (GPS) Government in order to bring more returns to excess fund that Sarawak might accumulate in the future.

Abang Johari’s delegation will depart for Rotterdam tomorrow (Saturday) and is scheduled to arrive in Rotterdam in the evening at 7.45 pm local time.

Meanwhile, the Ambassador of Malaysia to the Netherlands, Datuk Nadzirah Osman will be on hand to welcome the entourage upon arrival at the port city’s airport.

In a 20-minute slot on Monday at the start of the summit the Premier’s address as a second speaker will be based on the theme “Accelerating the Global Hydrogen Economy: The Sarawakian Way” primarily to highlight Sarawak as a rising tiger in the renewable energy arena, and that it is “hydrogen ready”.

Sarawak is a pioneer in exploring the hydrogen economy that saw the setting up of its first hydrogen production facility in Kuching and trial runs of two units of hydrogen- powered buses in the streets of the capital city.

Sarawak is currently negotiating with Korean and Japanese companies that are keen to invest in the setting up of production facilities in Bintulu to manufacture green hydrogen with a prospect of buy-back by the respective country.

Abang Johari has also indicated that the Autonomous Rapid Transit (ART) scheduled for completion in 2025 will also be powered by hydrogen fuel cells as part of Sarawak’s overall programme to reduce the emission of greenhouse gases in line with the protocols of the 2021 United Nations Glasgow Climate Change Summit.

Later in the afternoon on Monday after delivering his keynote address, the Premier and members of his delegation is scheduled to visit Shell’s office in the Haque where he will be briefed by senior Shell executives, among others, on the future of Shell in Sarawak.

On Tuesday morning, the Abang Johari’s delegation is scheduled to meet with the Port of Rotterdam’s CEO and later, in the afternoon, they will be taken on a study tour of Shell’s technology centre in Amsterdam that is showcasing the multinational’s hydrogen technology and various other new innovations.

The delegation is expected to fly to Oslo on Wednesday.