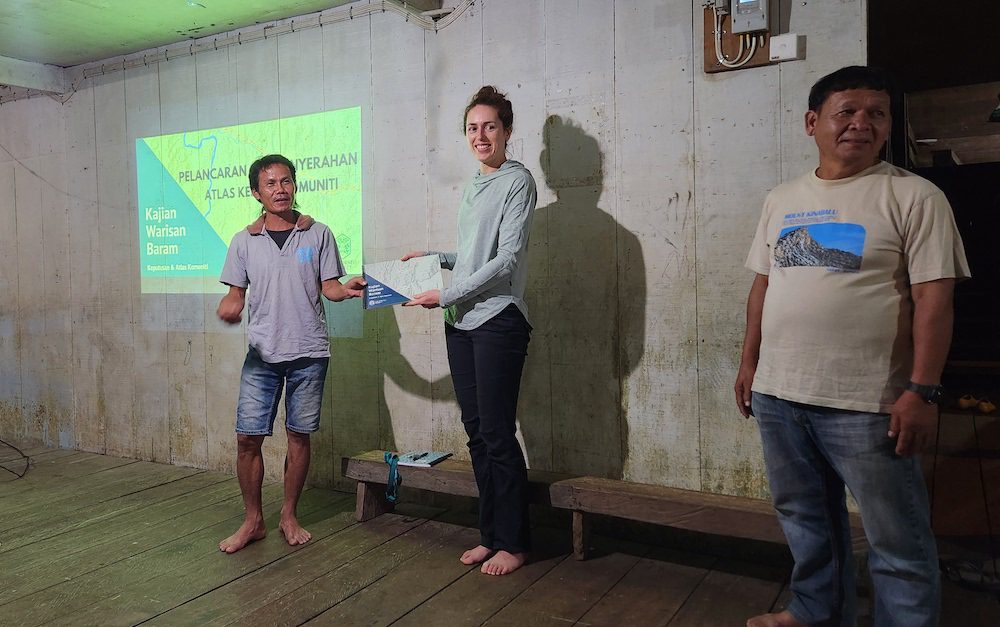 MIRI: A publication detailing community reliance on forest resources has been compiled for the first time in the state.

Called the Baram Heritage Survey Atlases it was launched by the Borneo Project, SAVE Rivers and Keruan organisation, the culmination of more than two years of work conducted by the Penan and Kenyah communities in the Baram River Basin.

The 90-page atlases document how important the forests are for community life and reveal an incredible abundance of rare, threatened, and endangered species that thrive in Indigenous-managed territories.

The atlases were launched here and in the indigenous villages where the study took place.

The atlases are the resulting publication — tailored to each community — and is the first time that community reliance on forest resources has been compiled across the six participating communities.

The survey was the largest of its kind ever conducted in the Baram region and the first to describe the diversity of species in the study area.

“Now the world can know how the Penan and Kenyah people struggle to protect the forest and the Upper Baram Forest Area, and the importance of the rainforest and Indigenous knowledge can be recognised globally.

“We must not allow the forest to be destroyed. Indigenous people are at the forefront of the battle to save the last intact rainforest in Sarawak,” said Komeok Joe, Executive Director of Penan NGO Keruan Organisation.

Despite being a biodiversity hotspot, the Baram River Basin has attracted little research and there are no official animal counts or inventories for many important rare, threatened and endangered species.

The survey was also unique in that it was co-designed by indigenous communities, non-profit organisations, and researchers from Malaysian and American universities.

“The importance of the local technician’s expertise in the forest cannot be overstated,” said Jettie Word, Executive Director of the Borneo Project.

Apart from wildlife data, communities documented how they would like the land to be used in the future, including their thoughts about making rules that allow forests and wildlife numbers to recover, people from town hunting on their land, and canceling logging concessions across the region, particularly in the Upper Baram Forest Area.

“The wildlife and social data make it clear that communities still very much depend on forest resources for survival, and that they are quite concerned about protecting these resources.

The Upper Baram Forest Area is absolutely necessary, and further protection measures need to be put in place that limit or eliminate logging in the area,” said Peter Kallang, chairman of Save Rivers.