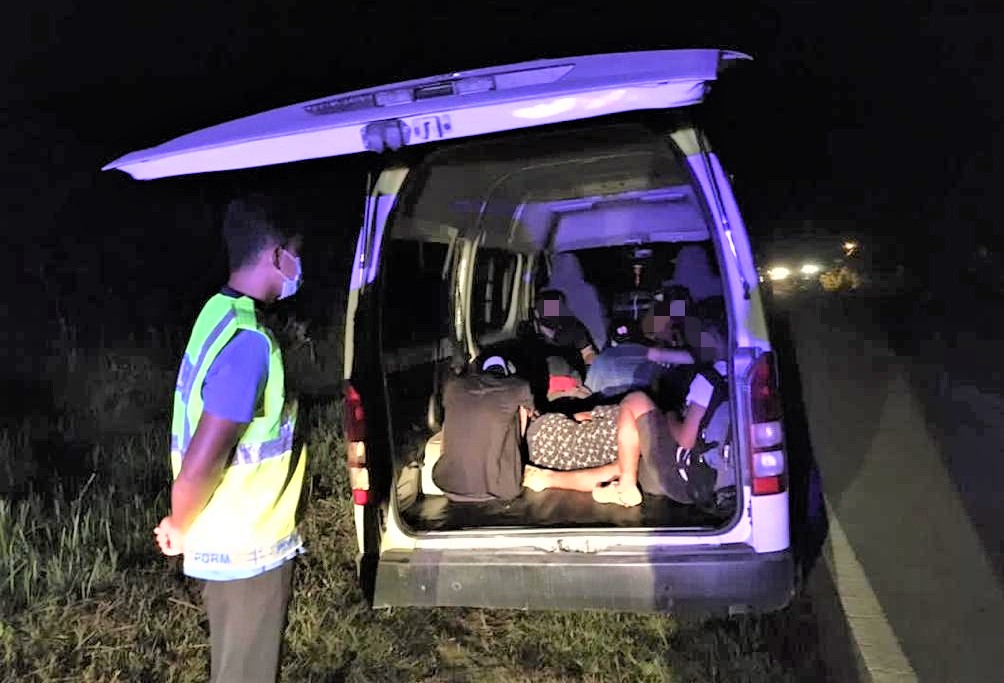 Attempt to smuggle in 10 Indonesians thwarted

The patrol team stopped a van for inspection and found 11 persons — 10 Indonesians (six men, three women and a boy) and a local person — inside.

“Further examinations found that the local man believed to be a ‘tekong’ (agent) was transporting the foreigners into Sarawak via an illegal route.

“All of them aged between eight and 33, were arrested and handed over to Serian police for further actions,” he said.

The van was also seized and handed over to the police.

The case is being investigated under Section 15 of the Anti-Trafficking in Persons and Migrant Smuggling (Atipsom) Act 2007, Section 6(1) of the Immigration Act 1959 (Act 155), the Infectious Disease Prevention and Control Act 1988 (Act 342).