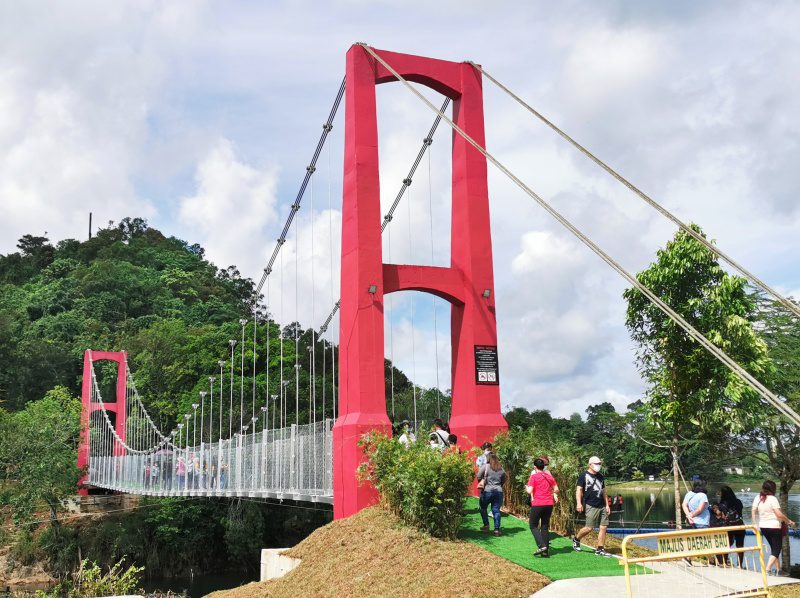 Hakka Green Lions — The Kings from down South

Despite the passage of time and the introduction of new and exciting competitions such as motorboat racing, radio-controlled model boat racing, motocross, and so on, the Jong Regatta has never failed to attract participants and visitors to the Tasik Biru Festival.

The Jong Regatta, or model sailing boat race, a traditional water sport unique to Bau district, was the highlight of the Tasik Biru Festival.

In fact, the festival is an extension of the annual jong regatta, which used to last for two or three days.

This year it has been extended to 11 days, from September 22 to October 2, to provide more opportunities for traders and stall owners to increase their income.

The Tasik Biru, formerly known as Tai Parit Lake, is where the jong regatta began.

From then until 1961, it was an annual event. It then came to a halt, most likely due to a lack of funds. After a nearly ten-year hiatus, it was revived in 1970.

The last jong regatta was held in 1989, before the lake was taken over by a mining company and closed in 1990.

The lake’s water was pumped out almost completely to allow the gold ore to be extracted from the lake’s side and bottom.

Following the cessation of mining activity in the late 1990s, the water from the underground springs gradually filled up the lake to its former level, but over a much larger area. On April 16, 2001, the new Tasik Biru reopened to the public.

Following a 14-year hiatus, the jong regatta was once again held. It was the main event of the first Bau Carnival, which took place on August 3 and 4, 2002, and has since become an annual event to attract tourists to the town.

After a two-year hiatus due to the COVID-19 pandemic, the festival returns from September 22 to October 2 with more action-packed programmes and activities.

The Jong D’ Bau Legacy Recreational Sports Club, which was established four years ago to promote the art of jong making and racing or regatta, is in charge of organising the jong regatta.

The club currently has about 50 members, with about 20 of them being from the younger generation of 30 and below. 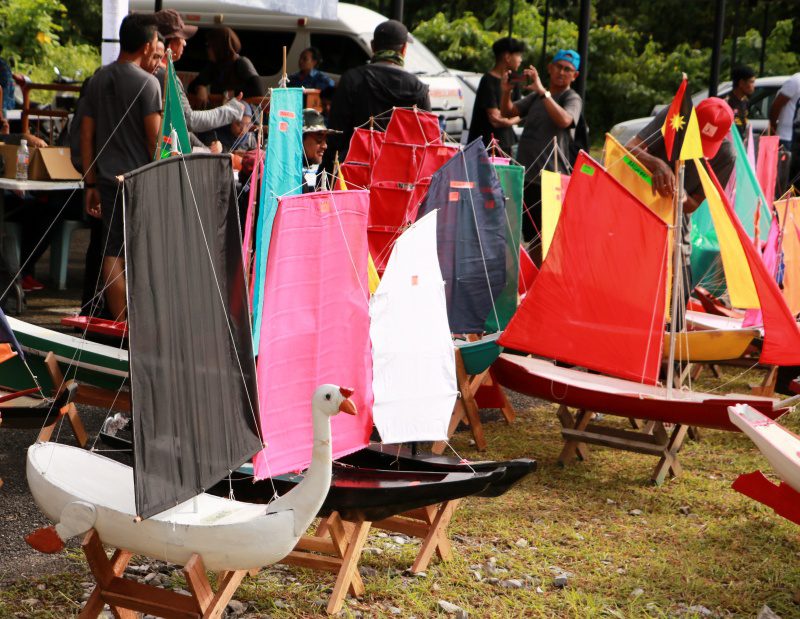 Colourful jongs from the miscellaneous/mixed category.

Bujang with his oldest jong that has been installed with a new sail.

“My family inspired me to become interested in jongs. Because it has been a family hobby since my great grandfather’s time,” she said.

“The club held a workshop on jong-making craftsmanship at the State Library in Kuching in 2019 and plans to hold another one next year to promote and impart knowledge and skills of jong making and jong regatta, particularly to the younger generations,” she added. 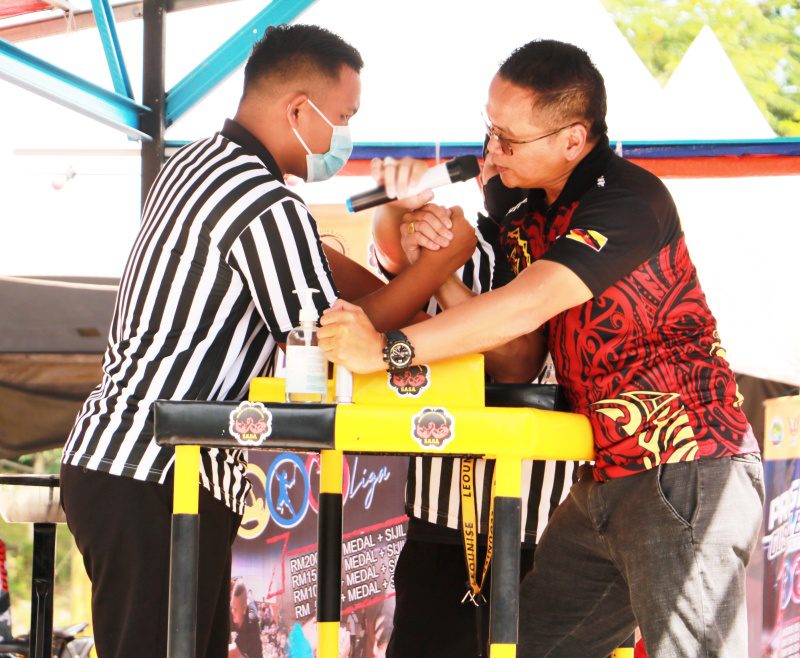 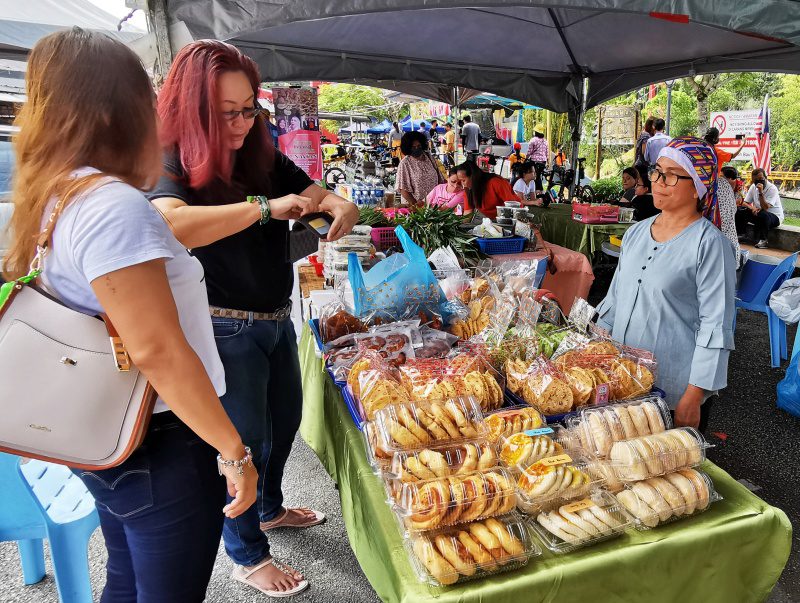 Bujang Bin Amit, a veteran jong maker and racer, brought in the oldest jong in his collection from the Kotak category, which is about 40 years old, to compete.

It was given new life with a new sail bearing the GPS (Gabungan Parti Sarawak) logo.

“I’ve been participating in the jong regatta since I was in primary school. Since then, I’ve never missed a regatta. This jong had won several prizes, including first prize three times, the most recent in 2019,” he said.

Raden Aziz won a special race known as The King of Tasik Biru, which was a race consisting of jongs from various categories mixed together.

Deputy Transport Minister Datuk Henry Harry Jinep, who is also a Tasik Biru Assemblyman, said the festival is aimed at promoting tourism in the district and providing a business opportunity for local traders to sell their food and drinks, farm produce, and handicrafts.

At the same time, it contributes to the promotion of cultural activities in order to improve racial harmony among the various races in the district.

The Miss Tasik Biru beauty pageant is the highlight of the stage shows. The pageant has a total of nine finalists.

They appeared at the preliminary round on Saturday morning (Sept 24, 2022) and performed their catwalk for the judges on the floating bridge in the lake.

Later, they went to Taiton for a photo shoot in front of the Sleeping Beauty Mountain.

They will compete for the title of Miss Tasik Biru 2022 during the grand final on the main stage of the Tasik Biru Festival on Saturday, October 1. 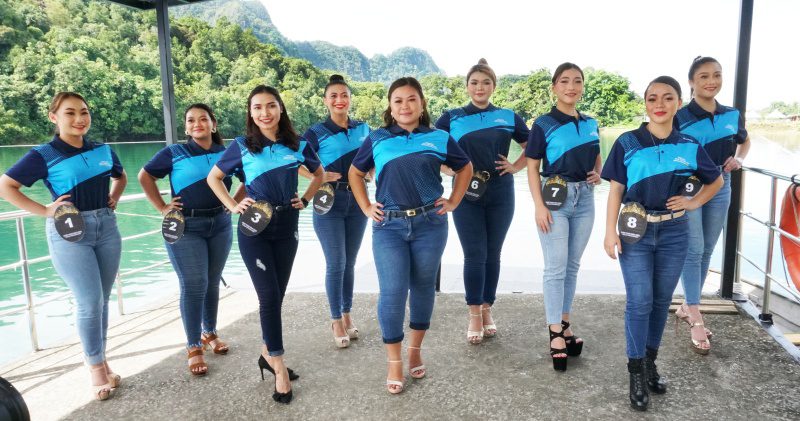 The finalists pose by the lake. 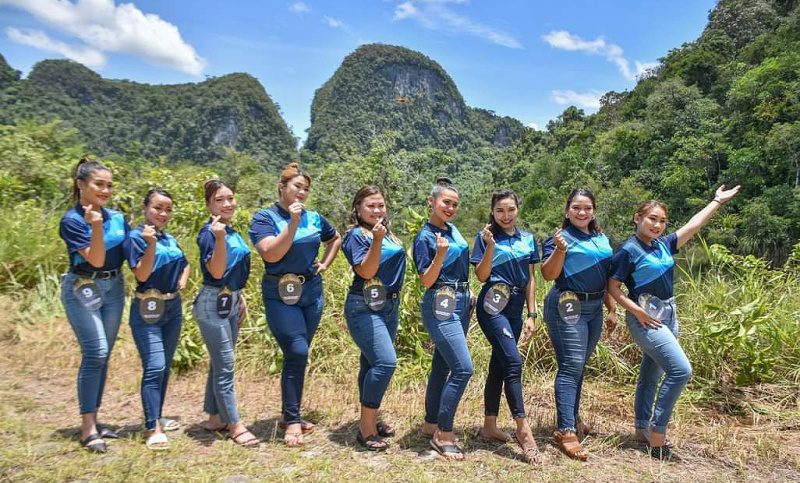 Beauties in front of the Sleeping Beauty Mountain at Taiton. Photo: JP Jong