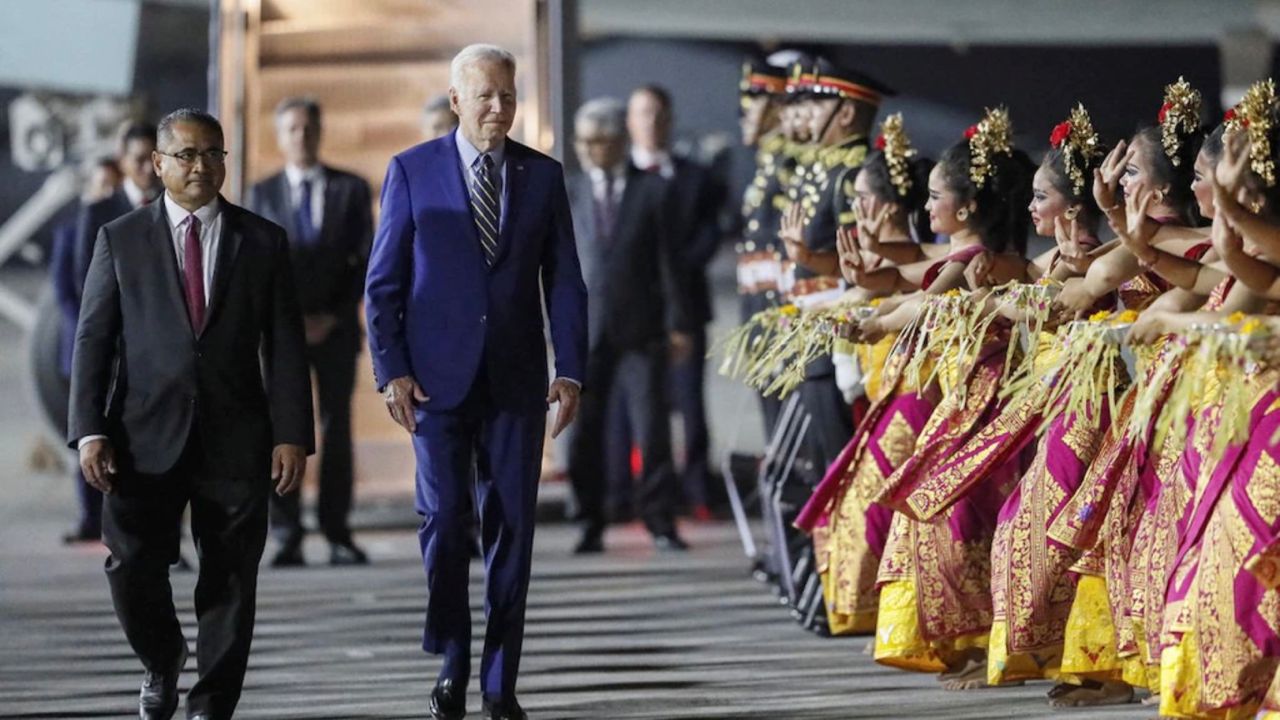 Biden, Erdogan, other leaders arrive in Bali for G20 Summit

The Summit under G20 Presidency of Indonesia for the first time with theme, “Recover Together, Recover Stronger” is expected to produce the Leaders’ Declaration to support the acceleration of the world’s recovery.

Indonesia’s Foreign Minister noted the country plays a role in managing the current extraordinary global dynamics and admitted this year’s G20 presidency is probably the most difficult presidency.

In a briefing last month, Retno Marsudi highlighted the COVID-19 pandemic and the war in Ukraine is still not over, while geopolitical tensions were increasing, and there is food, energy and financial crisis.

However, as a host, she said Indonesia would ensure the meeting of the world’s 19 major economies remains on track to achieve its objectives.

The Summit series of event will be held in several locations, such as the Apurva Kempinski, Garuda Wisnu Kencana Cultural Park and Tahura Ngurah Rai Mangrove.

Member countries, with the involvement of invited countries and international organisations, play an important role in providing policy recommendations in responding to global crises.