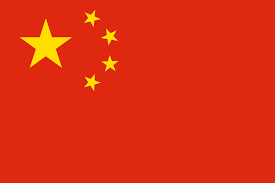 BEIJING: China’s civil aviation regulator Monday ordered domestic airlines to suspend commercial operations of all Boeing 737-8 aeroplanes by 6 pm local time after a crash of one of the planes in Ethiopia, reported Xinhua news agency.

This came after an Ethiopian Airlines airplane bound for Nairobi, Kenya, crashed minutes after take-off on Sunday, killing all 157 people aboard. It was the second crash of the new aircraft after one operated by Indonesia’s Lion Air crashed in October.

“Given that two accidents both involved the newly delivered Boeing 737-8 planes and happened during the take-off phase, they had some degree of similarity,” the Civil Aviation Administration said on its website, adding that the move was in line with the principle of zero tolerance for safety hazards.

The administration said it will notify airlines when they can resume flying the planes after contacting the US Federal Aviation Administration and Boeing to ensure flight safety. – Bernama

Masks not mandatory if distancing is practised

4 1/2 Mile flyover to be completed this Dec

Schools outside red zones may close