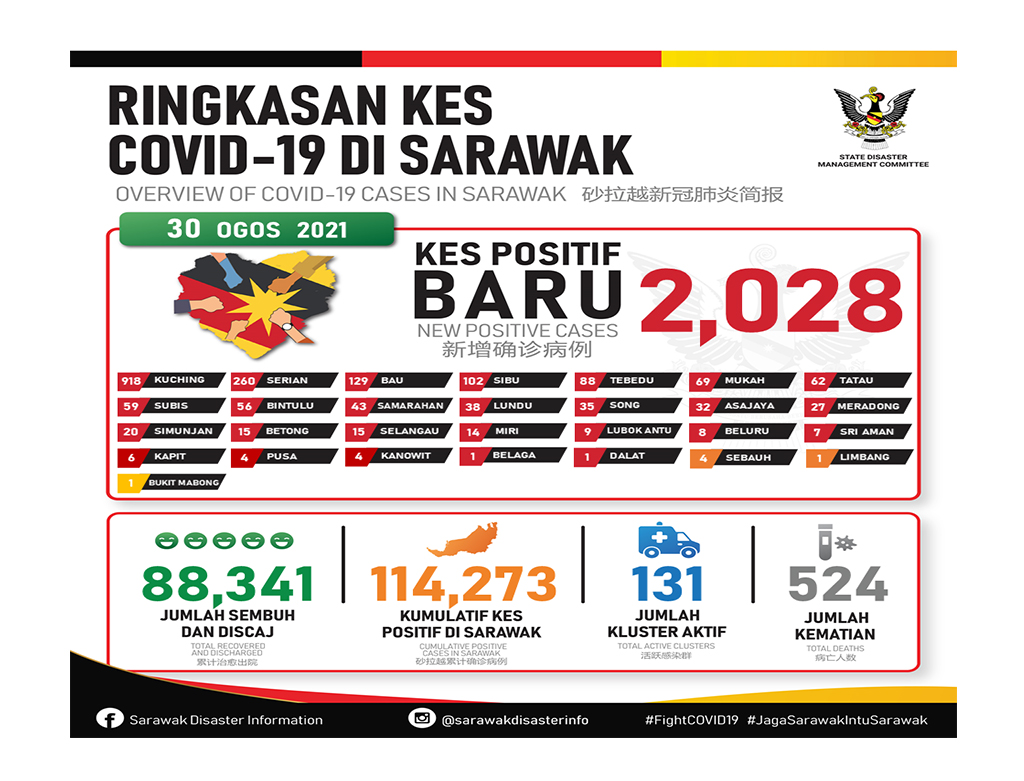 The State Disaster Management Committee (SDMC) said 918 new cases were identified in Kuching, followed by Serian with 260, Bau with 129 and Sibu with 102 daily cases.

“Apart from that, the districts of Lubok Antu, Beluru, Sri Aman, Kapit, Pusa, Kanowit, Sebauh, Limbang, Belaga, Dalat and Bukit Mabong each recorded only a single-digit number of cases,” it said in its daily Covid-19 update.

SDMC said 1,285 of the new cases consist of individuals who were close contacts to Covid-19 positive cases.

The committee said an additional five Covid-19 casualties were also recorded on Monday, bringing the death toll to 524.

It said the first death case was of a 72-year-old woman from Bintulu who had a history of high blood pressure and stroke.

“The second death case involved a 71-year-old woman from Kuching who had high blood pressure, dyslipidaemia and diabetes.

“The third and fourth death cases were both registered in Song involving two men aged 67 and 66 who also had comorbidities.”

SDMC added that the fifth death case was reported in Bau involving a 56-year-old woman with a history of high blood pressure, diabetes, asthma and cancer.

“SDMC extends our condolences to all family members of the victims,” it added.