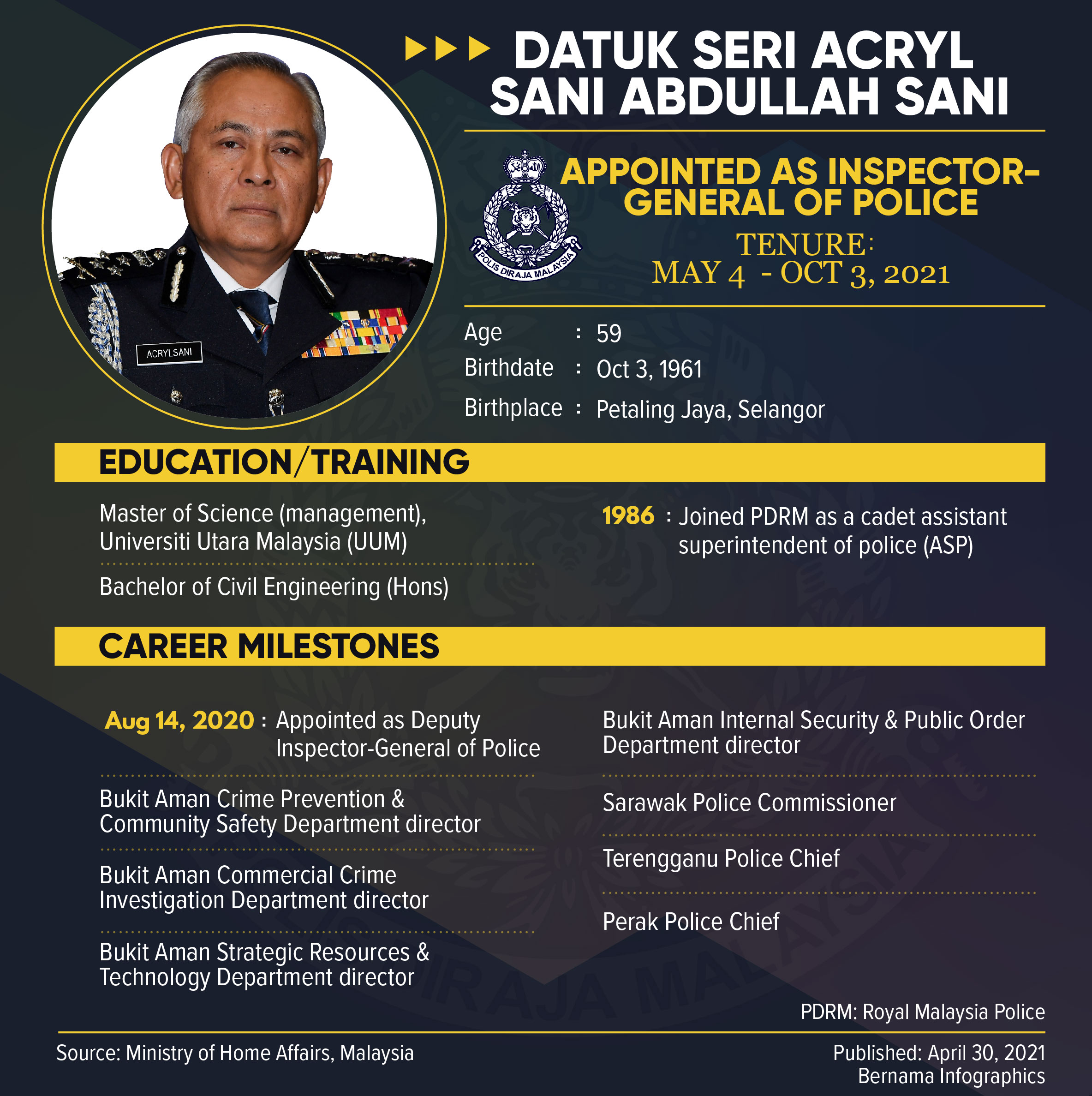 Acryl Sani’s appointment at the 13th IGP is to succeed Tan Sri Abdul Hamid Bador whose contract expires on May 3.

Home Minister Datuk Seri Hamzah Zainudin said the Yang di-Pertuan Agong has consented to the appointment on the advice of the prime minister following a recommendation by the Police Commission.

“I wish to inform that after the SPP process, all the members agreed to Acryl Sani’s appointment  as the new IGP, including Tan Sri Abdul Hamid Bador,” he told a press conference after presenting the appointment letter to Acryl Sani here, today.

Hamzah said Acryl Sani will serve as IGP until October 3, 2021 when his term of service with the police force ends.

Acryl Sani who will be 60 this year, holds a Master of Science (Management) degree from Universiti Utara Malaysia.

He started his service in the force on Feb 2, 1986 as a Cadet Assistant Superintendent of Police (ASP).

He has held various positions at district and state levels and at Bukit Aman headquarters.

Bring ballot box to the people