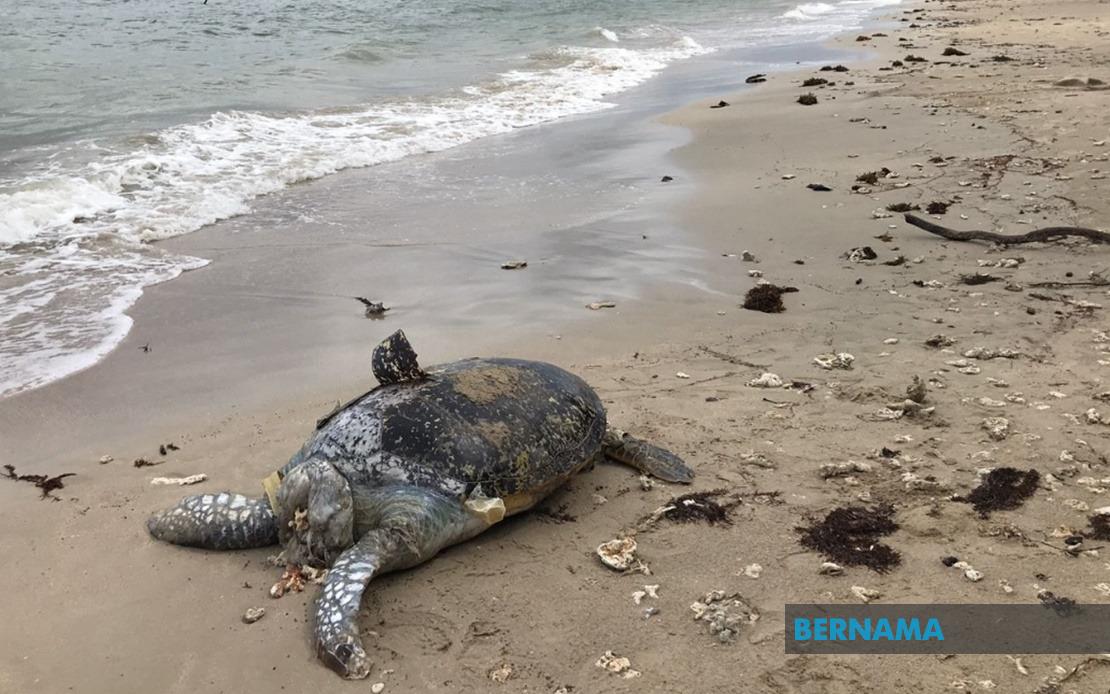 LABUAN: A giant green sea turtle was found dead without its head and tail at Layang-Layangan beach, here, today.

The 1.16-metre female from the most endangered and threatened species of sea turtle was found by a villager and children who were playing on the beach around 9 am. The discovery was reported to Bernama journalist Jailani Hasan who then notified the Fisheries Department at 10.24am.

The department’s marine park and resource management branch head, Vanessa Caroline Lee who arrived at the scene said this was the second discovery after a hawksbill turtle (Eretmochelys imbricata) was found dead on Chimney beach yesterday (Sept 6).

“This is the largest turtle we’ve ever found washed ashore here. We will make a police report for a thorough investigation to be conducted as we are concerned about possible human wrongdoings that led to the death of the turtles.

She said once the investigation paper was opened, she would urge members of the public and fishermen to channel the related information to her department.

The creature’s body and flippers were intact, according to Bernama photographer Muqtadir Halim.

“I was very alarmed and sad to see such a graceful and rare creature lying dead on our shores…it could probably have been struck by a ship in the waters or killed by humans,” he said.

The last time a dead green turtle was found was on Feb 9, 2019 on Pohon Batu beach, next to Layang-Layangan beach.

Classified as endangered, green turtles are threatened by over-harvesting of their eggs, hunting of the adults, being caught in fishing nets and loss of nesting beach sites. – Bernama