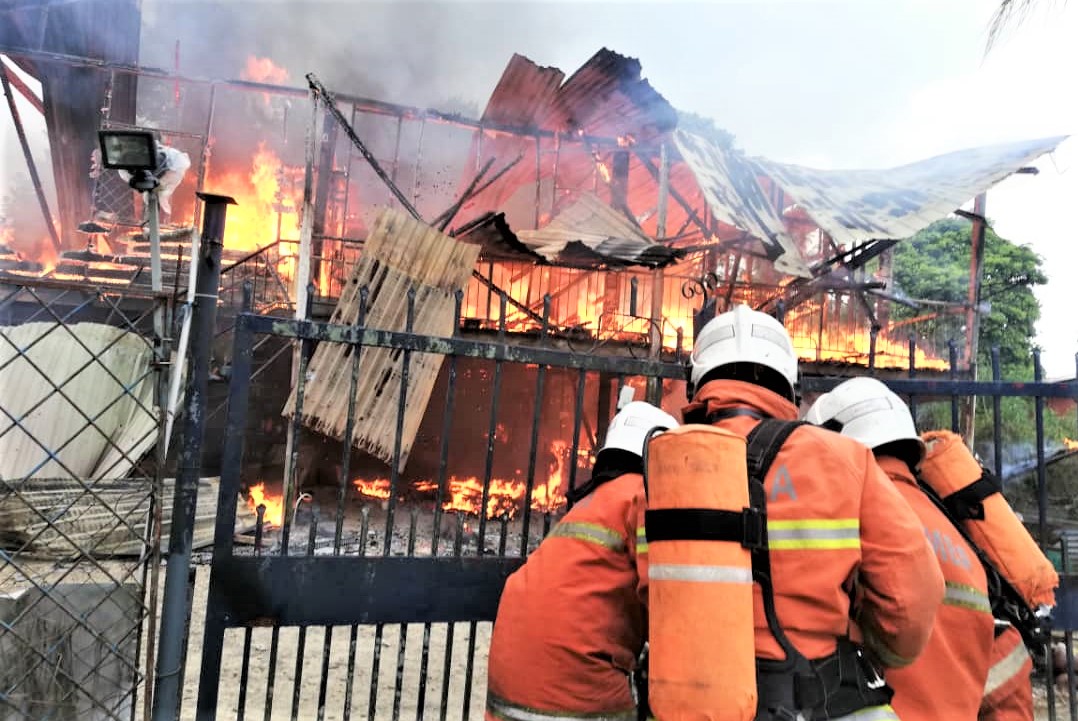 SIBU: A woman managed to save her three children when a fire razed their wooden house at Kampung Bahagia Jaya Teku last Saturday evening (June 27).

The 31-year old woman, Caroline Kulan, was with her three children, Ferbian Song Teck Kiong, 8, Vivian Song Ling Mei, 7 and Pilasevai Caroline Kulan, a toddler were at home at 4.15pm when fire breakout in their house.

Sibu Zone Fire and Rescue Department chief Jutang Muling said the woman quickly grabbed the toddler and shouted to the other two kids to jump 10 feet down from the rear of their house.

“The whole family was sent to hospital by members of public before the fire department arrived at the scene. The woman was injured in the right leg,” he said.

He said the fire was put under control within six minutes and firemen also managed to prevent it from spreading to adjacent houses. By then, much of the house was already destroyed.

They also saved two dogs, two roosters and a motorcycle.

“A total of 17 firemen were involved in putting out the fire. We are still investigating the cause of it,” he said.