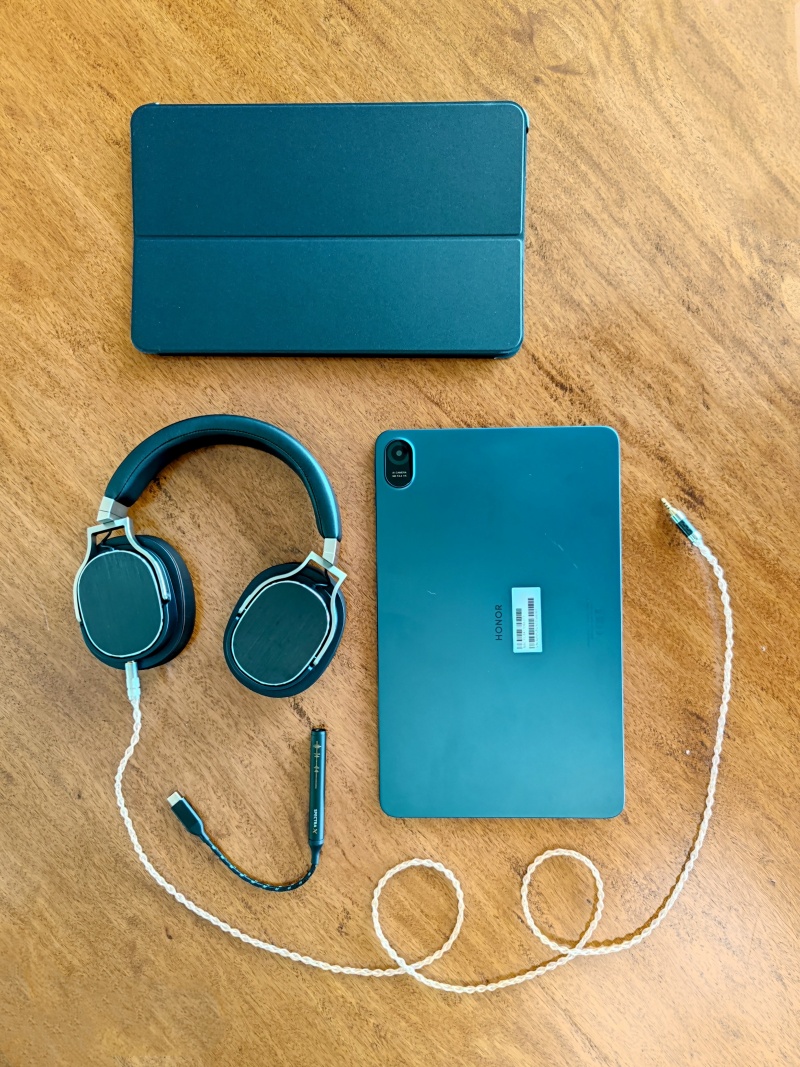 It wasn’t long since smartphones replaced the need to own multiple productivity devices such as a calculator, a camera, a clock or even a regular cell phone, which was only used as a form of communication, texting and calling.

But even with that, the use of computers, be it desktops or laptops, is still essential in our daily work life. That is, until tablets started appearing on the market for consumers. A versatile device with the screen size of a laptop, capable of launching essential work applications and giving us the pleasure of on-screen entertainment.

However, it does not excite the audio enthusiast in me. My craving for music surpasses my need for large, beautiful displays. Instead, it prompted my interest in audio devices like Bluetooth speakers, headphones, and external digital-to-analog converters (DAC). Hence, I’ve never felt interested in the speakers on any tablets, until the Honor Pad 8.

Powering the tablet is the Qualcomm Snapdragon 680, with 6 GB of memory and 128 GB of storage. The tablet runs Android 12 and has a 12-inch, 60 Hz refresh rate, one billion colour (Liquid-Crystal Display) LCD and weighs only 520 grams. The Honor Pad 8 is a large device that is also thin, measuring only 6.9 millimetres and having a resolution of 2000 x 1200.

A 2K resolution display that has earned itself the TUV Rheinland low blue light and flicker-free certification. With its large display, multi-application windows have never been easier, giving the tablet the capability to display up to four different applications at the same time. Although the 60hz refresh rate display may not sound appealing, the Honor Pad 8 navigates smoothly. The colour reproduction on the display is pleasing and vivid to the eyes, with good blacks despite not being an OLED.

With a large 7,250 mAh battery, the Honor Pad 8 can deliver 14 hours of offline self-study or 10 hours of online classes.

Watching Netflix and Disney+ Hotstar is entertaining on the Honor Pad 8. With the large display, I did not need to adjust the distance of the device, unlike when using mobile phones. The viewing angle is great as well. I watched “Thor: Love and Thunder” with a few friends, and none of us had any issue watching from where we sat. Complemented with the speakers, watching movies on the Pad 8 is worthwhile.

Despite Honor advertising the display as 2K, playing YouTube videos comes with a quality limitation of 1080p resolution at max. This results in image pixelation when playing music videos like ‘Pink Venom’ by Blackpink or ‘Gone’ by Rose. The option to load videos at 1440p resolution would make things better, so let us hope that future updates will fix this.

With their Histen Audio adjustments, Honor has also given the tablet the ability to intelligently recognise the playing audio scene and switch between modes, providing consumers with an immersive listening experience.

Truthfully, I wasn’t expecting much from these speakers at first, but I was surprised by how it played out. Great loudness, great treble, good mids, and noticeable bass. Despite that, the Pad 8 is a tablet, so it does not present much sub-bass. Nevertheless, it does not get distorted, nor do the highs get too sharp at max volume, which is truly commendable.

Honor not only provided us with a great speaker set-up but also gave the device Bluetooth 5.1 with an aptX High-Definition (HD) codec. This codec supports 24-bit music quality over Bluetooth and provides wireless HD sound with minimal sound distortion. It came as a surprise after connecting my Edifier Stax S3 headphones while testing out the audio output of the tablet.

The next pair of headphones I used was the Oppo PM-3 coupled with the Spectra X. I turned the DTS:X Ultra off for this test since I prefer to test headphone output without any audio enhancement, and the sound came out nice and clean while playing the song “Hotel California” by Eagles.

Bottomline, Honor did a great job creating this tablet. There are strong competitors in its price range if we take the processor that powers the tablet into consideration, but the Honor Pad 8 triumphs with its 12-inch narrow bezel display combined with a great set of speakers for entertainment and work.