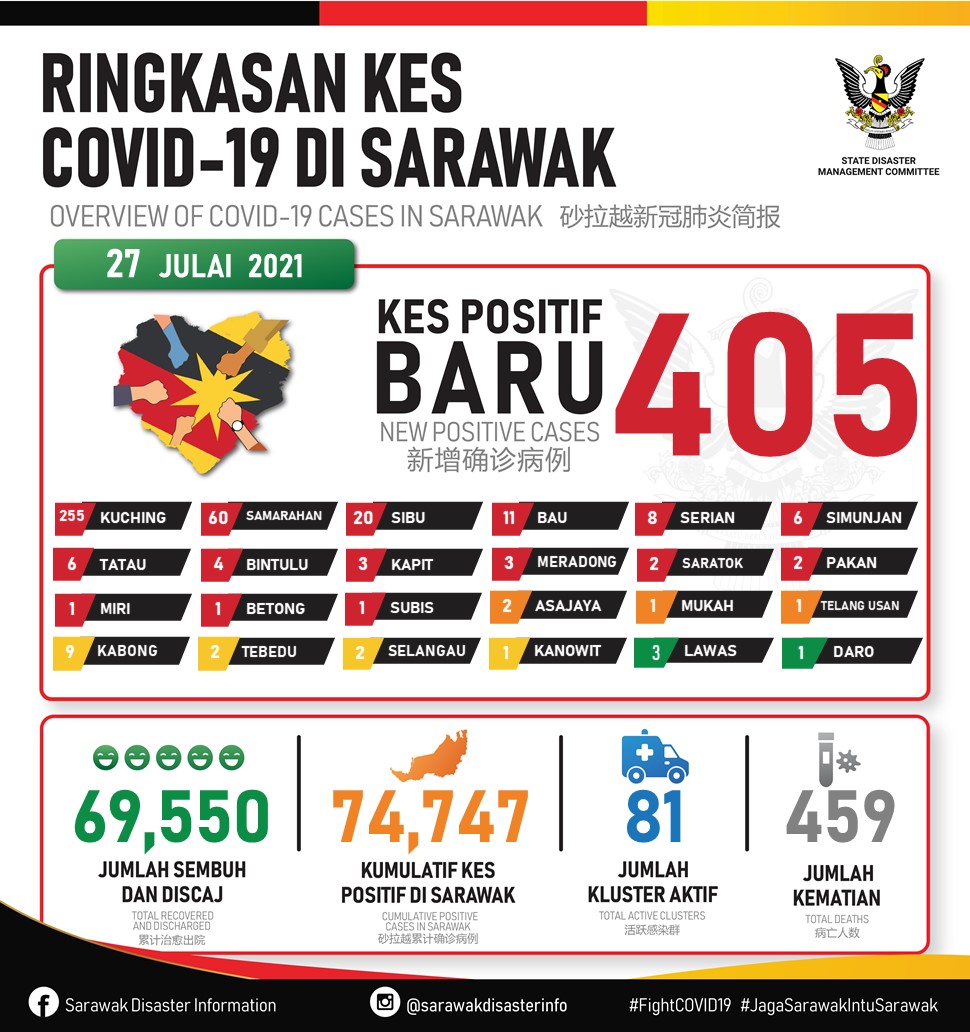 Four cases were recorded in Bintulu; three each in Kapit, Lawas and Meradong; two each in Saratok, Asajaya, Tebedu, Pakan and Selangau; and one each in Miri, Betong, Mukah, Daro, Telang Usan, Subis and Kanowit.

The Sarawak Disaster Management Committee (SDMC) said 314 of the new cases consisted of individuals who were close contacts to positive cases.

SDMC added that 384 patients were also discharged from hospitals and treatment centres on Tuesday, bringing the number of active cases to 4,568.

The number of recovered and discharged cases is now 69,550 or 93.05 percent of the total number of cases in Sarawak.

The 458th death case was a 76-year-old local woman from Tatau District who received treatment at Bintulu Hospital.

“She tested positive on July 22 and had a history of high blood pressure. The second death case was a 50-year-old Indonesian from Bukit Mabong.

“He was treated at Sibu Hospital and had a history of dyslipidemia.”