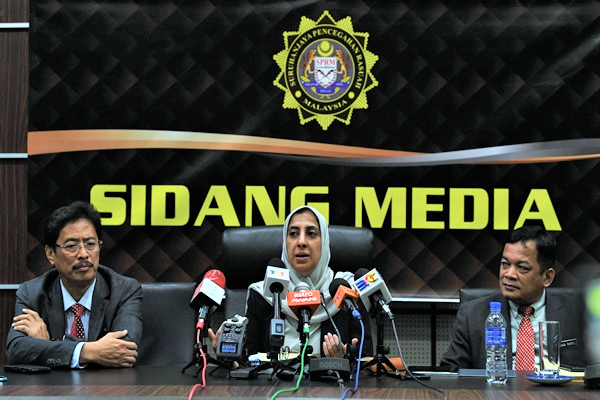 Its chief commissioner Latheefa Koya said the former state director was arrested at the Kelantan MACC office whereas the other two suspects were nabbed at a hotel in Genting Highlands.

A substantial amount of cash monies was also seized during the arrests.

“Upon the MACC’s application, the Kota Bharu magistrates court has granted a five-day remand order against the suspects this morning,” she said in a statement today.

MACC recently announced that the anti-corruption body will be cracking down on corruption involving illegal logging, illegal mining and smuggling. – Bernama