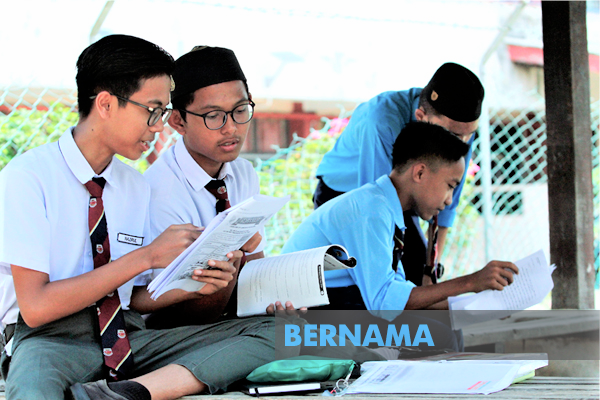 IPOH: In Malaysia, national schools are among the main pathways to early education.

More than 7,700 national schools have been established by the government in Malaysia since the nation attained independence in 1957.

The sizeable number of such schools can be attributed to the high demand from the people who wished to send their children to national schools.

However, the scenario has started to change because today, Malaysians have several options to choose from for their children’s primary education.

The establishment of private and international schools has also added a few more options to their list.

Thus, all the parties concerned should make continuous efforts to ensure that national schools remain the school of choice for the people despite the stiff competition from private and international schools.

Dr Maszlee Malik, in one of the speeches he made just after his appointment as Minister of Education last year, had suggested that the learning process at schools be conducted in a casual and enjoyable manner, similar to that of advanced countries such as Finland, Japan, South Korea and the United States.

To help realise the minister’s aspirations, schools can implement various initiatives in pedagogy or teaching methods.

There should be more emphasis on teaching methods that have the ability to create a sense of excitement among the students during the learning process.

These aspirations can be met through the implementation of initiatives such as the 3L concept, namely Learn by Seeing, Learn by Doing and Learn by Listening.

This approach enables students to feel and experience what they learn at school.

To cite an example, in order to learn about insects, the students themselves would be required to go outside their classrooms or to a park to look for insects and identify them.

This way, they will be able to see and touch the insects and hear the sounds they make during the learning process.

The discussions on the insects caught by the students can be carried out at the site where the insects are found or in the classroom.

This way, the lesson becomes more enjoyable for them and, more importantly, they get to appreciate what they have learnt that day through their own personal experience.

Apart from that, the 3L concept also helps to improve the students’ memory power.

Many motivational experts and psychologists are of the opinion that meting out punishment is not the best way to improve a student’s performance or motivate him.

As such, in order to become the people’s first choice, national primary schools must cultivate the culture of showing appreciation for their students.

The punishment modality must be replaced with one that nurtures appreciation even if the achievements of the students concerned are not that impressive.

This principle of reverse psychology is, indeed, effective as it makes them more eager to attend school and take more interest in their lessons.

The appointment of class monitor should also be done on a rotation basis to allow all the students to hold the post for at least a week each.

This approach will not only help the student feel more appreciated but, more importantly, also teach him/her to be a leader at a young age.

With such exposure, it will not be too surprising if they emerge as great leaders someday.

Malaysia places the utmost importance on education. Since independence, the government has invested a lot to develop and improve the quality of education.

To enhance the performance of national schools and ensure that the people have faith in them, initiatives should be implemented continuously so that the quality and image of these schools will continue to improve in time to come.

It must be reiterated here that one of the key initiatives capable of preserving public confidence in national schools is making the learning process fun and enjoyable.

Having flexible classroom structures will also boost the children’s interest in attending school, as well as their enthusiasm for learning.

(The views expressed in this commentary are the writer’s own.)

Application for EPF i – Lestari withdrawal via i-Akaun starts today