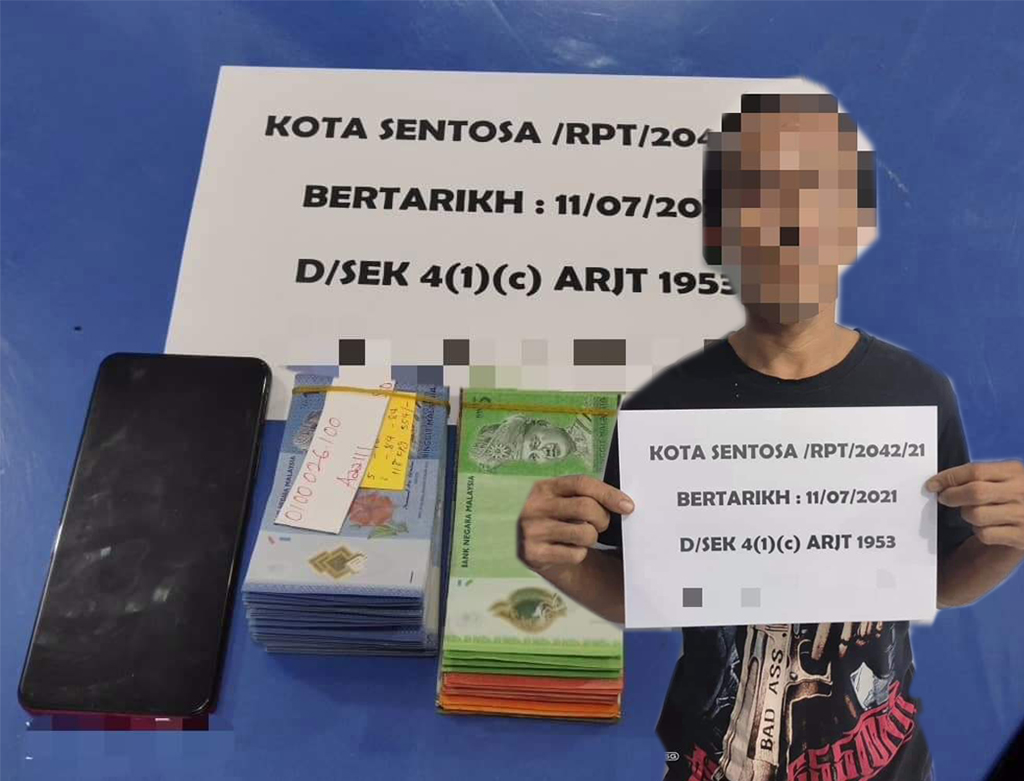 “The team arrested the 38-year-old suspect, believed to be an online gambling agent, inside a premises.

“Among the items seized include a phone, cash amounting to RM554 and a piece of paper written with numbers suspected to be IDs and passwords,” he said.

Both the suspect and the seizures were taken to the police station.

Aidil said that the case is being investigated under Section 4(1)(c) of the Common Gaming House Act 1953.

If convicted, the suspect can be fined up to RM50,000 or face a jail term up to three years.