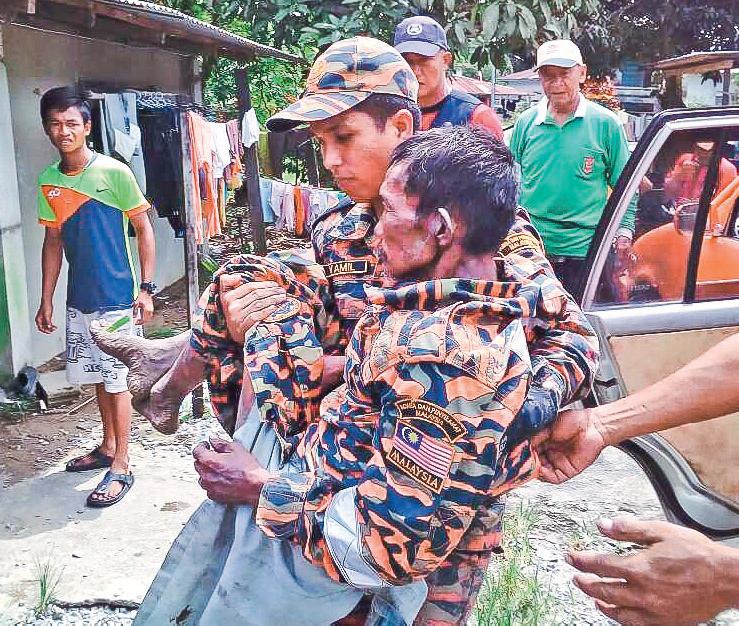 THE victim being carried by BBP Kota Samarahan personnel to his (the victim’s) residence at Kampung Beliong, Kota
Samarahan.

KOTA SAMARAHAN: A man who was reported missing for eight days since 4 December was found safe yesterday. According to a press statement from Pusat Gerakan Operasi (PGO) Negeri Sarawak (Sarawak State Operation Centre) yesterday, Kota Samarahan Fire and Rescue Services Station (BBP Kota Samarahan) received a call about a missing person (male) Subhi Bin Mud, 60, who was said to be lost in the forest at the vicinity of Kpg. Beliong Jalan Asajaya, Kota Samarahan.

According to information received from a penghulu at Kpg. Beliong, the victim used to disappear for a day or two in the past but came back safe. However, this was the first time that he disappeared for eight days. After the victim was found at 13.22hrs yesterday the operation named Ops Beliong was immediately terminated.