KUALA LUMPUR: The third movement control order (MCO 3.0) scheduled to end this Monday has been extended for another two weeks until June 28, following the high number of daily Covid-19 cases.

“This decision was made after taking into account that the number of daily cases is still high at over 5,000 cases a day, with the average number of new cases until today being 6,871,” he said in a media statement here today.

He said the positive/negative list and standard operating procedures (SOPs) for each manufacturing, business and industrial sector will remain as previously announced and this can be referred via the websites of the related ministries.

Further details on the SOPs can be obtained through the MKN website at www.mkn.gov.my.

He said since there has been no change to the previous positive/negative list and SOPs, it is hoped that there would be no more confusion on the SOP enforcement.

He said the Emco was to restrict movement and transmission of Covid-19 infection from areas at risk following a significant increase in cases.

He said the Emco would also be lifted at three housing estates in Sabak Bernam, Selangor, namely Taman Pertama, Taman Serendah and Taman Prima as well as Taman Sinar Harapan in Tampoi, Johor from tomorrow.

On SOP violations, 828 individuals were arrested today and of the number, 759 were compounded, 68 were remanded while another was released on bail. – Bernama 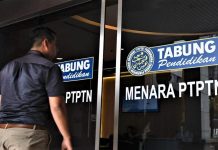