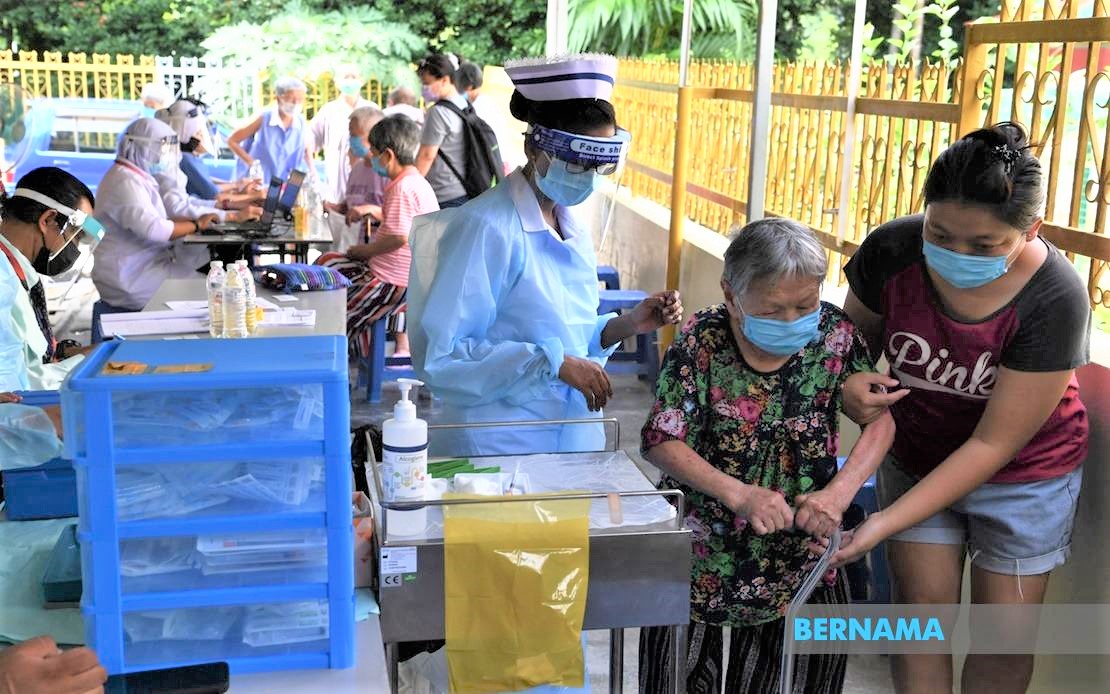 GEORGE TOWN: Chief assistant medical officer E. Kalimuthu, who is the coordinator for the mobile vaccination units in Penang, was cheering and comforting nearly a dozen of elderly people in an old folk’s home at Jalan Yap Chor Ee here on June 9.

He reassured them that the Covid-19 vaccine jab was nothing but a quick sting and it is for their benefits and the people around them.

But behind Kalimuthu’s smile, he has been through a series of trials and tribulations in an effort to vaccinate the elderly at old folk’s homes throughout Penang.

“There are a number of them I wished could be more cooperative,” he told Bernama.

On May 21, Kalimuthu began his journey as the coordinator for the mobile vaccination units to vaccinate the elderly and the staff at old folk’s homes, in line with the National Covid-19 Immunisation Programme.

However, since then Kalimuthu and his teams have gone through a number of obstacles and complications.

Among the issues he faced was to arrange the vaccination appointments for several old folk’s homes and care centres at the same time.

He said that he had to create a dedicated social media group chat to facilitate all the caretakers in one platform in order to effectively communicate with them.

“The group chat is where they can ask questions and request on special conditions, such as if the recipient is bed-ridden or has taken certain medications,” he said.

Another common issue, he pointed out, was when the elderly prefers to receive a certain brand of Covid-19 vaccine.

“I remember an incident when an elderly man told me that he wanted to get the Sinovac vaccine because he claimed that it can be used as a travel pass to China.

“It is rather worrying to see how they believed in this misleading information and I do hope that the government and the public would continue to promote factual information on the vaccine,” he added.

Meanwhile, family medicine specialist Dr Lee Cathy, who is one of Penang mobile vaccination units’ team leader, said that some of the hiccups involved in the programme include the recipients not signing the consent form and some technical issues involving the vaccine applications.

“We also need to provide extra care for those with special conditions such as the recipient has health complications like dementia,” she said.

She said that despite all the various challenges faced, she and her team continue to keep pushing forward with hope that at least 80 per cent of each old folk’s home get vaccinated.

“We are targeting to provide over 5,000 vaccine shots (including the second vaccine shot) by July 1,” she added. – Bernama

Millennials in middle management can optimise digitalisation benefits for Malaysia

Ugly side unfolding about working from home