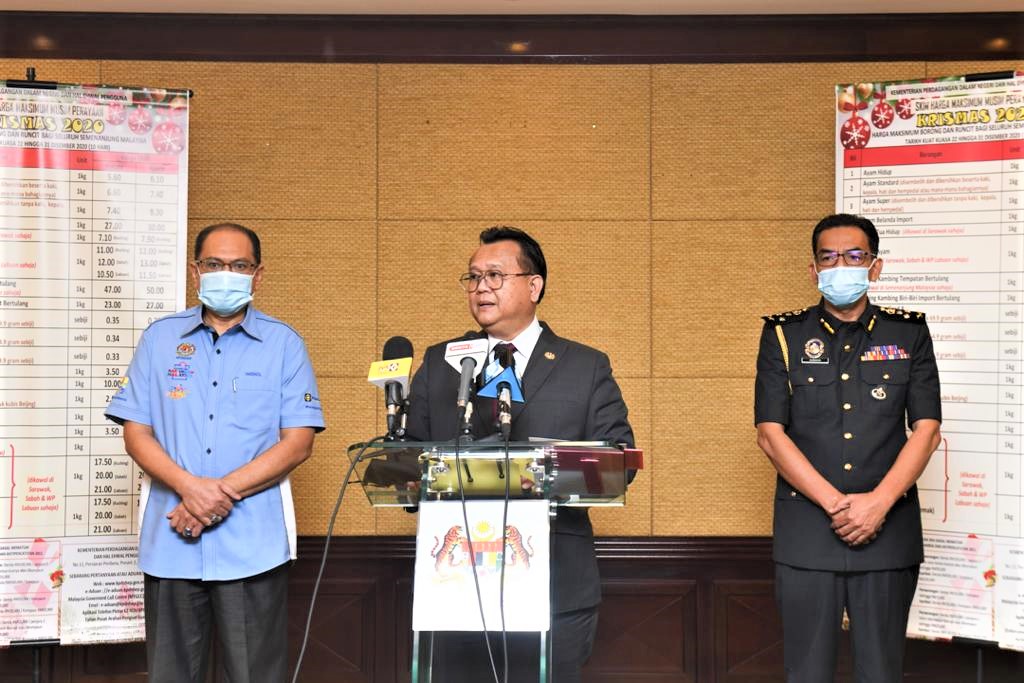 KUCHING: Since the enforcement of the movement control order (MCO from March 18 up to Dec 17, the Ministry of Domestic Trade and Consumer Affairs (KP

KUCHING: Since the enforcement of the movement control order (MCO from March 18 up to Dec 17, the Ministry of Domestic Trade and Consumer Affairs (KPDNHEP) has received a total of 70, 689 complaints.

Of these, 5,142 of them were about price control of essential goods.

Minister Datuk Seri Alexander Nanta Linggi said a total of 214,760 trading premises have been inspected throughout the period involving retail, wholesale and manufacture.

“Inspection and monitoring have been implemented to investigate the complaints related to the increase in prices of essential goods.

“A total of 4,743 notices under Section 21 of the Price Control and Anti-Profiteering Act 2011 were issued to traders who have increased the prices of goods,” he said in a press conference on the Christmas Festive Seasons Maximum Price Scheme (SHMMP) held in Putrajaya today.

He further informed that the ministry takes the issue of rising prices of goods that occur uncontrollably or abruptly, including the issue of onion prices seriously.

“A total of 339 inspections were implemented under the Act with a total of 302 notices on goods information confirmation issued to traders, who were caught increasing the prices at all retail, wholesale and manufacturing levels.

“This was to trace the reason behind the price increase as well as to investigate whether there was any profiteering among the traders,” he added.

“The nationwide daily monitoring results as of Dec 17 found that 98 percent involved the supply of onions in the market,” he disclosed.

Nanta went on to say that his ministry had conducted engagement sessions with other agencies especially with the Ministry of Agriculture and Food Industries (Mafi) to obtain information on import supply for the goods and investigate whether there is a reduction in the total of import and so on.