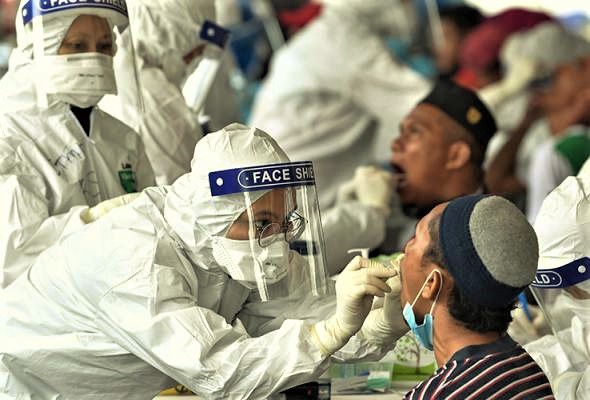 GEORGE TOWN: The Congress of Unions of Employees in the Public and Civil Services (Cuepacs) has urged the Ministry of Health (MOH) to offer contract medical frontliners permanent positions.

Its president Adnan Mat said that he received feedback from the officers involved stating that they were carrying out their duties as contract staff with some of them being offered the positions during the movement control order (MCO).

“The government has approved 10,560 new permanent posts and there is no reason for the MOH to continue contract appointment of frontliners. This is very unfair to them because permanent posts have been created.

He also urged that the contract staff be offered permanent posts in order to motivate them to excel further in their services in the battle against the Covid-19 pandemic.

He said this to reporters after presenting certificates of appreciation to frontliners here yesterday which saw representatives of 12 agencies which had been working throughout the MCO in Penang receive appreciation from Cuepacs.

Similar events will be held throughout Malaysia to appreciate the services of frontliners in their respective states.

In the meantime, he also requested that the federal government provide a bonus to civil servants, not as special financial assistance as is currently done.

He said that there should be no reason for the government not to consider the request as it has been clearly demonstrated that the civil servants have given excellent service even with the change of government as well as during disasters and pandemics.

“This bonus will be used as a necessity as it coincides with children’s schooling season. Previously, we requested for a three-month bonus but only received RM500,” he said. – Bernama

Being responsible by example