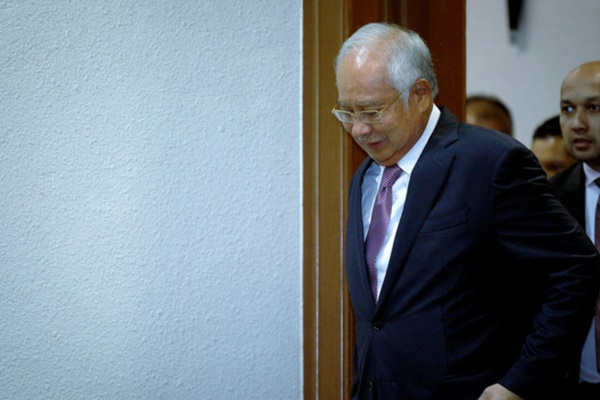 Cense founder-cum-director, Rita Sim Sai Hoon, who is the 14th prosecution witness, said Najib used the service of her company for two months, in December 2015 and January 2016, for the purpose.

She said the company was given the job by politician Tan Sri Jamaluddin Jarjis (now deceased), while payment to the company was made through an Ambank account belonging to Najib.

During examination-in-chief by the prosecution, conducted by deputy public prosecutor Muhammad Saifuddin Hashim Musaimi, Rita said her company did surveys on public policy and monitored the contents of the Chinese dailies for the Prime Minister’s Office.

Muhammad Saifuddin: Your company did surveys and work for the Prime Minister’s Office (PMO)?

Rita: Yes. We did Chinese media monitoring services. We will look at six Chinese dailies and social media sites. We pick up points and issues that affect the Chinese community, summarise them and send them to the PMO media office.

Rita said her meeting with Jamaluddin was held at the Prime Minister’s Office (PMO), but she could not ascertain if the former Malaysian Ambassador to the United States held any post at PMO then.

Cross-examined by Najib’s lawyer, Tan Sri Muhammad Shafee Abdullah, if it was important for political parties, such as Barisan Nasional (BN) to know issues about the Chinese community to understand the discontent of the Chinese, she said: “Yes”.

Muhammad Shafee: Rita, do you agree with me that it is important for any political party, like BN, to understand Chinese issues if they want to address Chinese dissatisfaction with the government.

Muhammad Shafee: What are the issues?

Meanwhile, owner of Vital Spire Sdn Bhd, Datuk Onn Hafiz Ghazi, who is the 16th prosecution witness, told the court that he received payment of RM240,000 on Jan 30, 2015 from Najib to operate the news portal, malaysiandigest.com, which is now defunct.

He said the payment was made through a cheque which was signed by Najib and given to him when he met Najib at the Prime Minister’s Office in Putrajaya.