The Sarawak Disaster Management Committee (SDMC), in a statement, said the 409th death was that of a local 75-year-old man from the Kapit district.

“The man passed away at the Kapit Hospital. He was confirmed positive on June 20.

The SDMC said the State Health Department today also declared the end of three clusters as no new cases had been detected or reported there in the past 28 days.

“They are the Sungai Ranan cluster in Kanowit, Jalan Endap Sawit cluster in Samarahan and Tengah Hulu Gedong cluster in Simunjan,” said the SDMC.

It added 16 of the 95 active clusters in the state recorded a total of 61 new cases today. 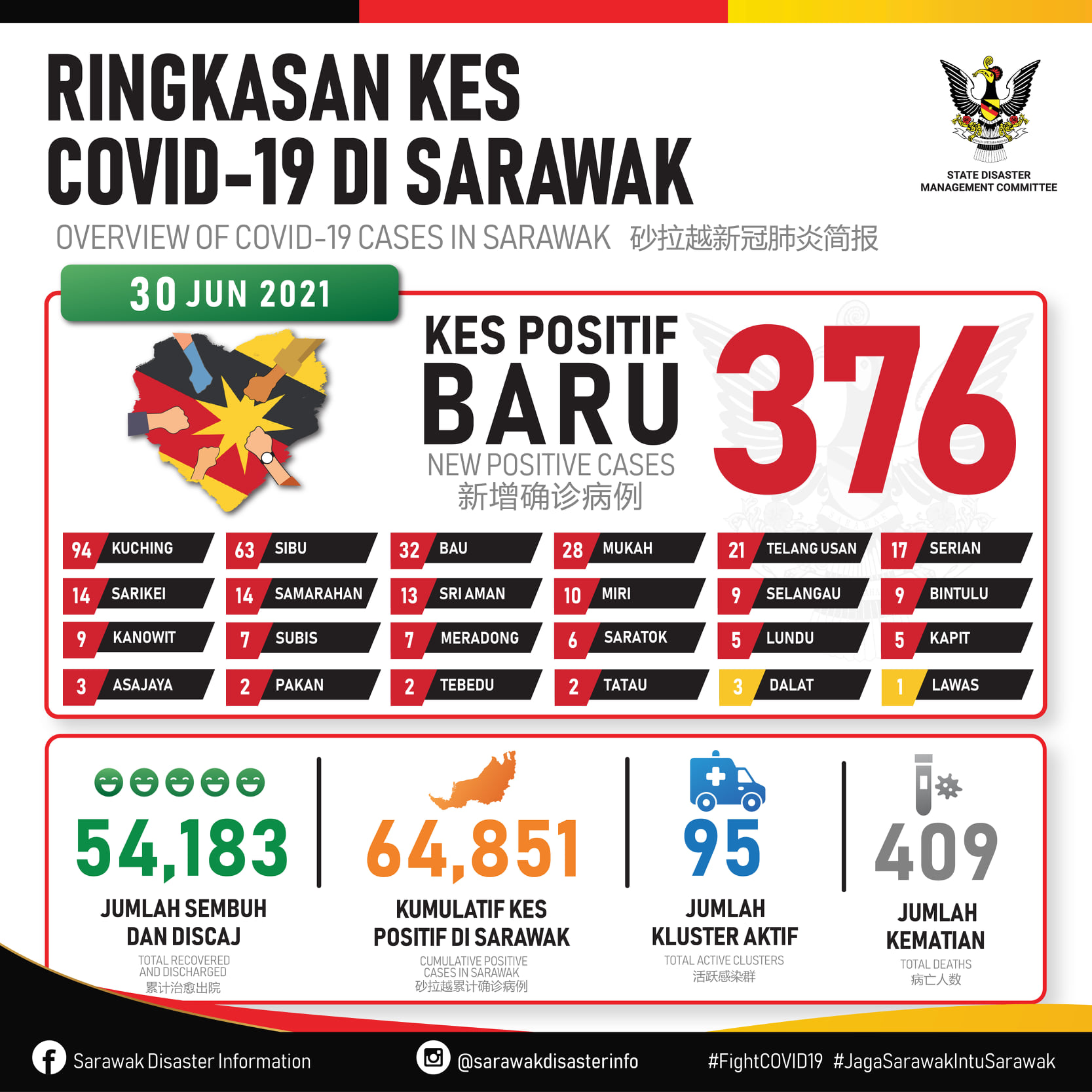