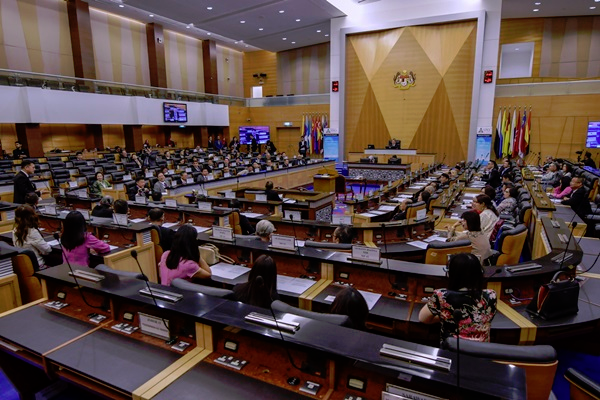 KUALA LUMPUR: The resumption of the Special Meeting of the Dewan Rakyat was postponed again today to enable all Members of Parliament (MPs) to get tested for Covid-19.

Deputy Speaker Datuk Mohd Rashid Hasnon who presided over the sitting after it was resumed at 3.30 pm, announced that the sitting had to be postponed again after two new Covid-19 positive cases were detected in Parliament as informed by Health director-general Tan Sri Dr Noor Hisham Abdullah.

“The first case involved a staff who had come to Parliament on July 26 to 28, while the second case was tested positive after taking saliva-based RTK-Ag self-test made available at the Parliament building,” he said.

Therefore, Mohd Rashid said everyone currently at the Parliament, including MPs, officials and workers, were required to take the Covid-19 test and were not allowed to leave the area until their test results were known.

The postponement of the sitting was the fourth today after it was adjourned at 12.30pm following the statement issued by Istana Negara regarding the revocation of Emergency Ordinances.

The daily Covid-19 cases in the country has exceeded 17,000 for the second consecutive day with  17,170 new cases reported today. – Bernama