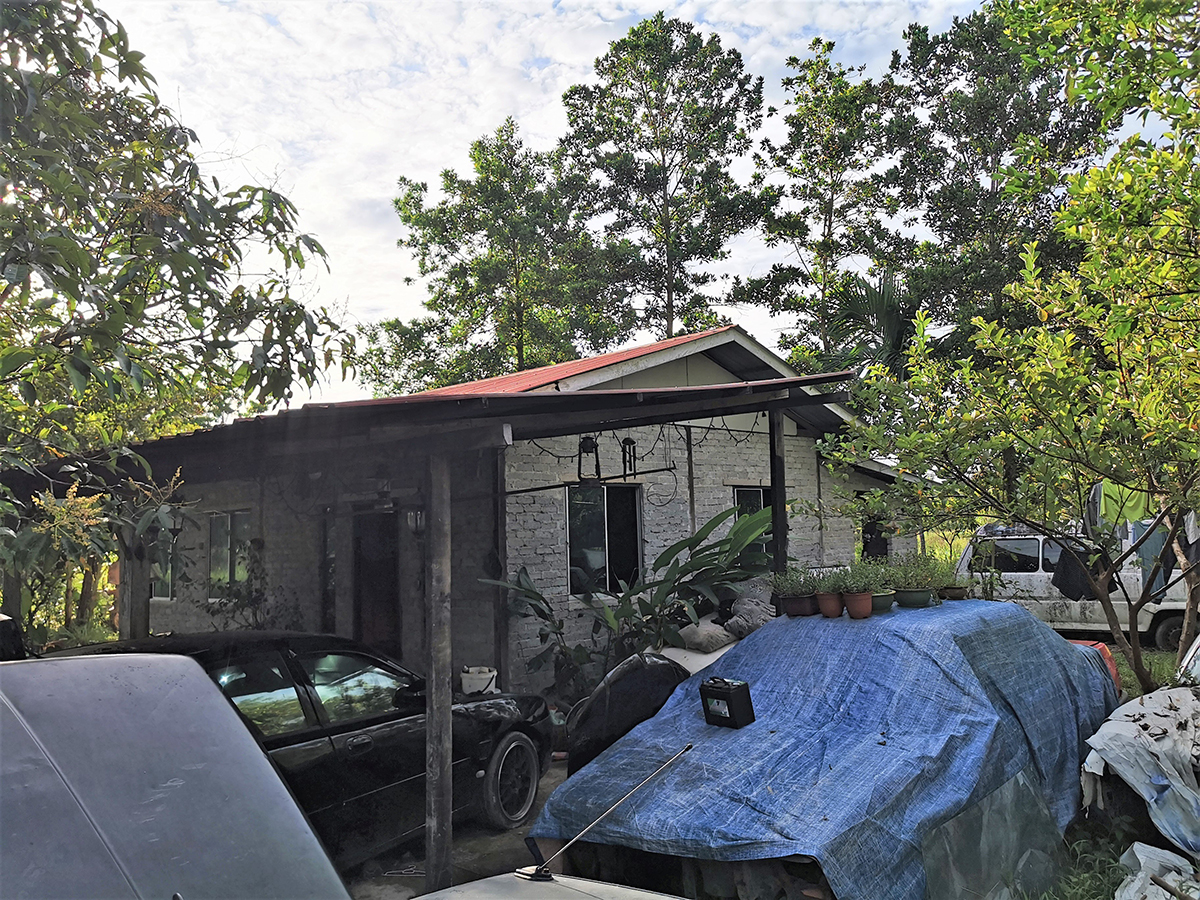 Powerless for 10 years without respite in sight

KUCHING: A family with six small children has been living in a house with a leaking roof outside the boundary of a village here without electricity supply for the past 10 years.

Nor Sofilia Abdullah, 33, and her husband, Julaihi Osman, 39, are parents to six boys between 14 years old and over a month old.

“After our old house was destroyed by a fire, my father sold the land and used the money to buy this land and build this house.

“The purchase of this land was paid in instalments amounting to almost RM15,000. But one day, we discovered we had been scammed when no letter or land grant was given to us.

“As a result, we are the only ones who live at the edge of this forest without neighbours and with no electricity,” said Nor Sofilia recently.

The lack of electricity means that her family cannot use a refrigerator, an air conditioner, a washing machine and so on, like any other people.

“We have been living here for 10 years and for nine years, we used candles as our sources of light. Early this year, a friend gave us a car battery to light the house and operate a small fan.

“This battery will be charged every day using our car. A friend gave us the car and my husband repaired it. Now, we use it as our daily transport,” she said.

Nor Sofilia added the house that they were living in was also half-completed due to financial constraints.

“If you want to talk about the challenges of living here, there are many. We have peat and waterlogged soil.

“We took years to build the road to our house by collecting construction waste such as stones and cement from other surrounding housing projects.

“There were people who were willing to help connect us to the water supply. However, it is quite difficult to have electricity because of the high cost involved and because our hut is too far away from other houses.”

Nevertheless, Nor Sofilia, who is an Iban, is thankful that her children never complain about the hardships they face in life.

“You can say we are living from hand to mouth. We eat only what is available and sometimes my children and husband will go fishing in the river nearby.

“The children are very independent and they cook their own food.

“There was only once when my second son said,” Mother, imagine how fun life will be if we can have electricity and we can watch television like everyone else,” she said sadly.

On the teaching and learning at home (PdPR) for her children, Nor Sofilia, said even though they only have one mobile phone, she made sure they were not left behind.

“Because there is no money to buy internet data, the teachers understand our situation, so they will send the printed assignments to our house every week.

“So far, the children’s learning is going on as usual because they are all good at managing themselves,” she added.

Her husband, a car mechanic, used to repair vehicles, but since the Covid-19 pandemic, the family has lost its source of income because no customers are sending their cars for repair.

Nor Sofilia revealed that her family now depended on the help of Tabung Baitulmal Sarawak (TBS), a non-governmental organisation (NGO), financial assistance from the government such as Bantuan Prihatin Rakyat (BPR), Bantuan Khas Sarawakku Sayang (BKSS) and her children’s school teachers.

Recently, the Grab Jenazah Percuma team came forward to donate an electric generator to the family to light up their home.

Meanwhile, headman of the area, Abdul Rahman Ali, said they became aware of the family a few years ago.

“Despite living on land that does not belong to them and not to the villagers, we have never side-lined them in terms of assistance.

“All the assistance that the villagers receive, they also receive such as BKSS food baskets, Ramadan donations, Hari Raya donations and so on.

“Electricity cannot be supplied to them because the land on which they are staying is outside the boundary of this village. The house was also built illegally on land which does not belong to them,” he explained.