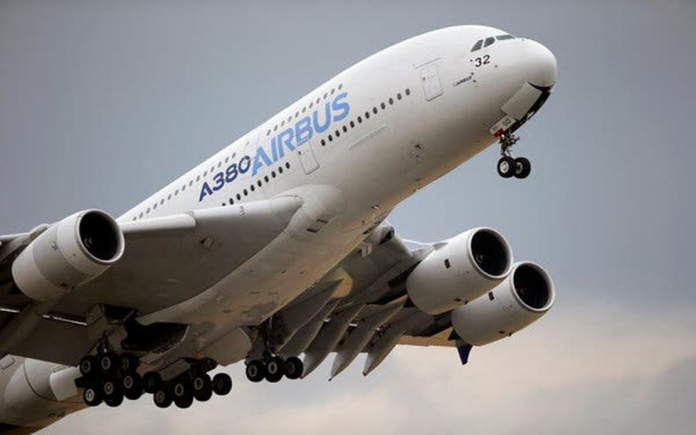 KUALA LUMPUR: Europe’s Airbus, which has been investigated for allegations of bribery and corruption that among others involved Malaysia’s AirAsia Group Bhd and AirAsia X Bhd, says it has taken significant steps to reform itself and to ensure that this conduct will not recur.

In a statement, Airbus said it has significantly enhanced its compliance system under the supervision of an Independent Compliance Review Panel.

The company is committed to conducting business with integrity, it said.

Denis Ranque, chairman of the Board of Directors of Airbus, stated: “The settlements we have reached today turn the page on unacceptable business practices from the past. The strengthening of our compliance programmes at Airbus is designed to ensure that such misconduct cannot happen again.

“The agreements also reflect that the decision to voluntarily report and cooperate with the authorities was the right one. The commitment from the Board, and its Ethics and Compliance Committee, to provide full support to the investigation and the implementation of globally recognised compliance standards, have paved the way to today’s agreements.”

Guillaume Faury, chief executive officer of Airbus, added: “The agreements approved today with the French, UK, and US authorities represent a very important milestone for us, allowing Airbus to move forward and further grow in a sustainable and responsible way. The lessons learned enable Airbus to position itself as the trusted and reliable partner we want to be.”

Airbus will continue to cooperate with the authorities in the future, pursuant to the agreements, and to install a strong ethics and compliance culture within the company, it added.

The plane maker has reached final agreements with the French Parquet National Financier (PNF), the UK Serious Fraud Office (SFO), and the US Department of Justice (DOJ) resolving the authorities’ investigations into allegations of bribery and corruption.

It has also reached final agreements with the US Department of State (DOS) and the DOJ to resolve their investigations into inaccurate and misleading filings made with the DOS pursuant to the US International Traffic in Arms Regulations (ITAR).

Airbus has agreed to pay penalties of €3.598 billion (€1 = RM4.52) interest and costs to the French, UK and US authorities. The settlements with each authority are as follows: PNF €2.083 billion, the SFO €984 million, the DOJ €526 million and the DOS €9 million, of which €4.50 million may be used for approved remedial compliance measures, it said.

Airbus received credit from the authorities for having reported and for its consistently strong cooperation during the investigations.

According to a UK legal document sighted by Bernama, an improper payment of $50 million ($1 = RM4.09) was allegedly paid by Airbus to directors and/or employees of AirAsia and AirAsia X airlines as sponsorship for a sports team.

An additional improper payment of $55 million was prevented by the October 2014 freeze on payments, it said.

The legal document alleges that contrary to section 7 of the Bribery Act 2010, between July 1, 2011 and June 1, 2015, Airbus failed to prevent persons associated with Airbus from bribing others concerned with the purchase of aircraft by AirAsia and AirAsia X airlines from Airbus, namely directors and/or employees of AirAsia airlines where the said bribery was intended to obtain or retain business or advantage in the conduct of business for Airbus.

AirAsia and AirAsia X are two major airlines in Southeast Asia headquartered in Malaysia, and were significant customers of Airbus at the time of the offences.

Between October 2005 and November 2014, AirAsia and AirAsia X ordered 406 aircraft from Airbus, including 180 aircraft secured during the indictment period by way of improper payment (made by EADS France SAS, later Airbus Group SAS), and the offer of a further improper payment.

Meanwhile, the Malaysian Anti-Corruption Commission (MACC) has said that it has commenced its investigation on the said corruption allegations.

MACC chief commissioner Latheefa Koya said: “Under the MACC Act we are empowered, and have jurisdiction, to investigate any act of corruption committed by any Malaysian citizen or permanent resident in any place outside Malaysia.”

“In the case of the Airbus-Airasia disclosures, I confirm that the MACC is in touch with the UK authorities and is already investigating the matter,” she said in a statement. – Bernama