RTK-Antigen tests only for Bintulu now 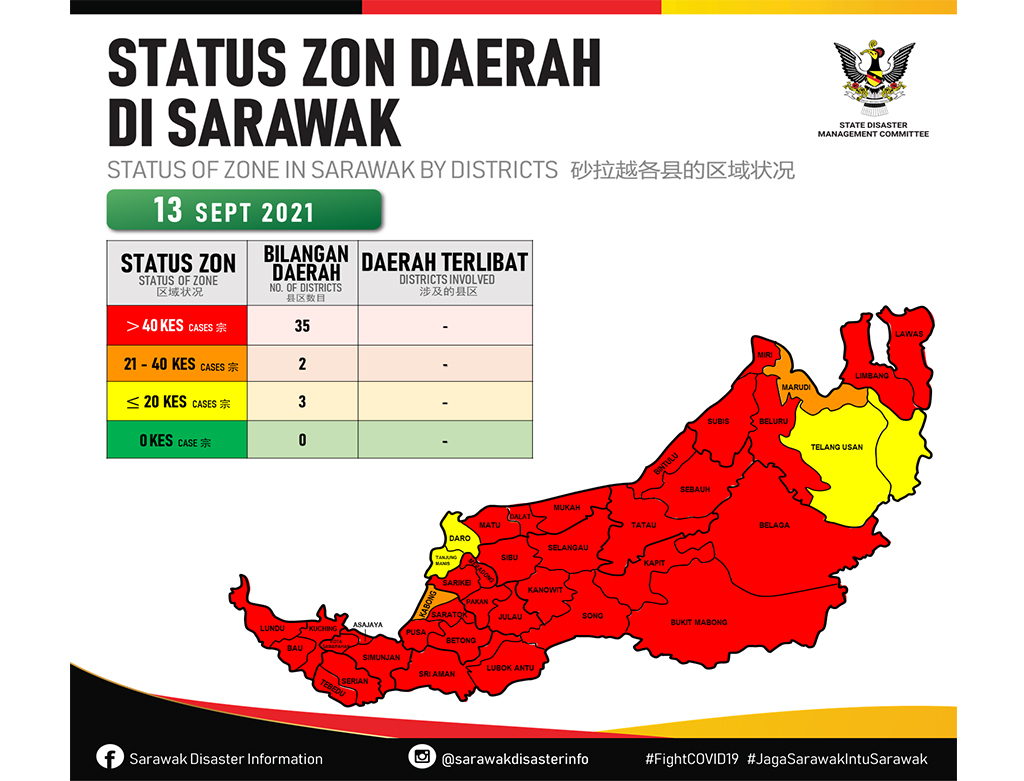 KUCHING: The Sarawak Disaster Management Committee (SDMC) on Monday (Sept 13) announced that results of RT-PCR or RTK-Antigen tests were no longer required for cross-district movements except for Bintulu from Tuesday onwards.

In a statement today, the committee explained that decision was made based on whole-genome sequencing findings on positive Covid-19 samples and that about 100 per cent of the screening results were for Delta variants.

Universiti Malaysia Sarawak (Unimas) Institute of Health and Community director, Prof Dr David Perera said that the screening results were from the 12 divisions in Sarawak, indicated that the variant had spread throughout the state.

However, the committee said an approval permit from the police was required to cross between districts.

On another note, SDMC also declared that the enhanced movement control order (EMCO) would be enforced at 12 new localities.

“From Sept 12 until Sept 25 in Bintulu, the EMCO has been enforced at Rumah Engkabang Anggang at Jalan Bintulu Miri; Block A, B, M, L, G of Flat Sungai Plan; and Block I of PPR Bandar Ria.

Rumah Anthony Ladi, Bakong in Beluru and Rumah Igat Jimbun, in Kabong at Kop, Sungai Sawa, Roban were placed under the EMCO from today (Sept 13) until Sept 27.

Meanwhile, the SDMC also revealed the extension of the EMCO at six localities in the districts of Mukah, Sri Aman, Lubok Antu and Betong.

“Rumah Miah, Pantu in Sri Aman will be under the EMCO until Sept 20 while the EMCO at Rumah Manai, San Panjai in Lubok Antu will be extended until Sept 27,” said the committee.

Meanwhile, the EMCO at three localities in Betong, namely, Rumah Nyanggau at Spaoh, Rumah Ganya at Debak and Rumah Ulis at Tanu has been extended until Sept 27.

The SDMC today also declared the end of the EMCO at four rental rooms in Bintulu on Sept 12, namely, the rental rooms above Car Wash 63 at Commerce Square, Joyful Café, Ing Hing Tyre and Elaine Trading.

Two more localities where the EMCO ended today were Rumah Norma Sanggat in Tatau and Rumah Edwin Gaung in Sebauh.

KUCHING: A 26-year-old man who pleaded guilty to threatening his own mother via Whatsapp message, was fined RM3,500 in default of five months by...