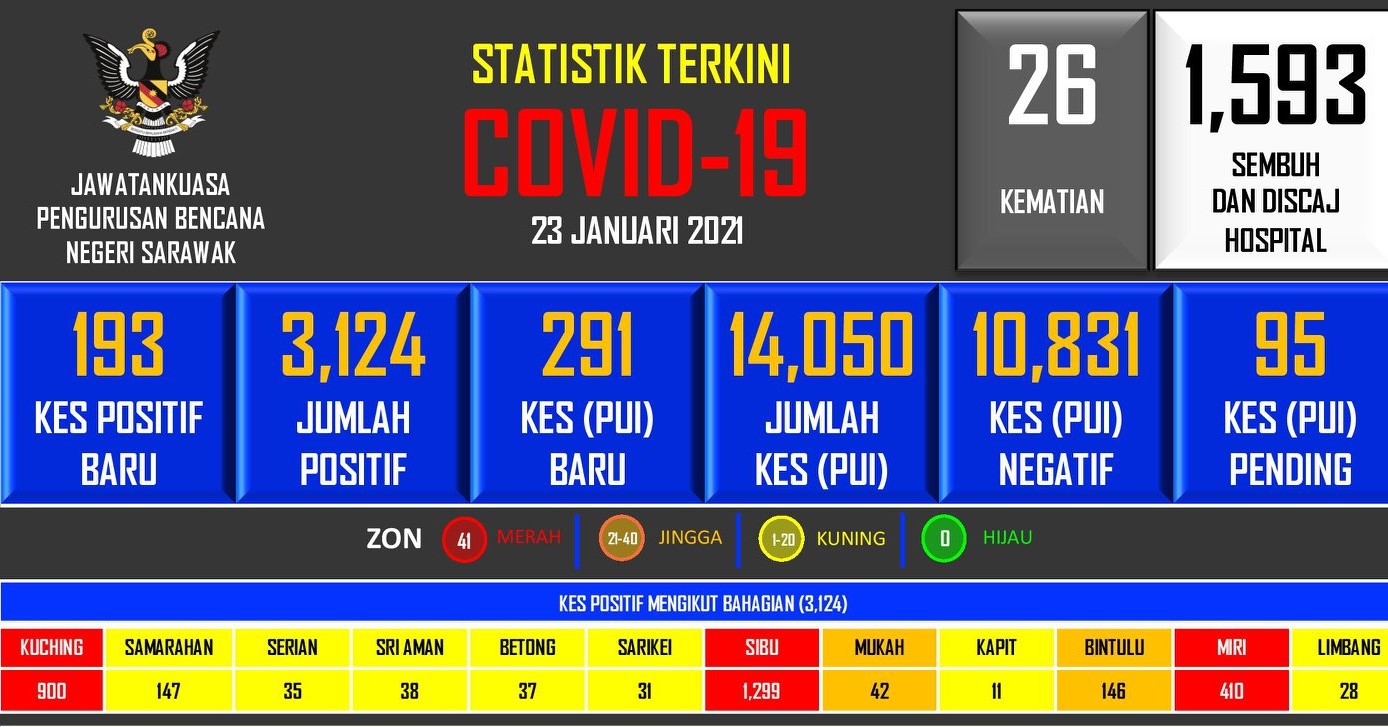 The State Disaster Management Committee (SDMC) in a statement said the latest cases comprised 138 from Sibu, Miri (12), Bintulu (10), Kuching and Dalat – nine each, Kapit (five), Sebauh (four), Kanowit and Selangau each recorded two cases while Bau and Limbang recorded one case each.

Of the 138 cases reported in Sibu District, 114 involved the Pasai Cluster and 24 others were individuals screened at health centres in the town, categorised as local infections.

The 12 cases in Miri District comprised five involving the Rakut Cluster, four involving the Pasai Cluster, two contacts of positive cases, and one healthcare worker – all categorised as local infections.

All the nine cases in Dalat District involved the Pasai Cluster.

The case reported in Bau District is an individual who underwent screening at a health centre in the town and is categorised as a local infection.

“The case in Limbang District is an individual who underwent screening at a health centre in the town and is categorised as an Import C case from Miri District,” said the committee.

This brings the total number of recovered and discharged cases to 1,593 or 50.99 percent of total Covid-19 cases in Sarawak.

As of today, there were eight active Covid-19 clusters in Sarawak, namely the Rakut Cluster, Jelita Cluster, and Bah Sayap Cluster in Miri; Bukit Sekubong Cluster in Sebauh; Pasai Cluster in Sibu; Keranji Tabuan Cluster and Stutong Cluster in Kuching; and Mador Cluster in Meradong.