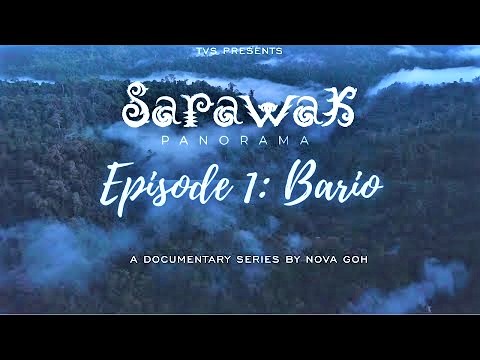 KUCHING: A documentary programme featuring hidden gems in Sarawak is now airing on TVS every Monday, Wednesday and Friday at 10.45am.

Dubbed Sarawak Panorama, the documentary is directed by Nova Goh and depicts the art of storytelling put together by Nova and his team for the audience.

“A country without a documentary is like a family without a photo album, Sarawak Panorama symbolises that family album.

“My team and I wholeheartedly and passionately dedicate this album to our beloved Sarawak,” he said.

Nova and his team have travelled through the main river valleys, inland and plateaus of all regions and districts of Sarawak in order to produce the documentaries.

“The objects we have recorded are slowly vanishing due to the influence of modernisation, and we are like a moth to a flame, chasing the increasingly faint light,” she added.

“When we collaborate with the community, it will be an extraordinary production.

“This is how we want the community to see the shows aired on TVS,” he said.